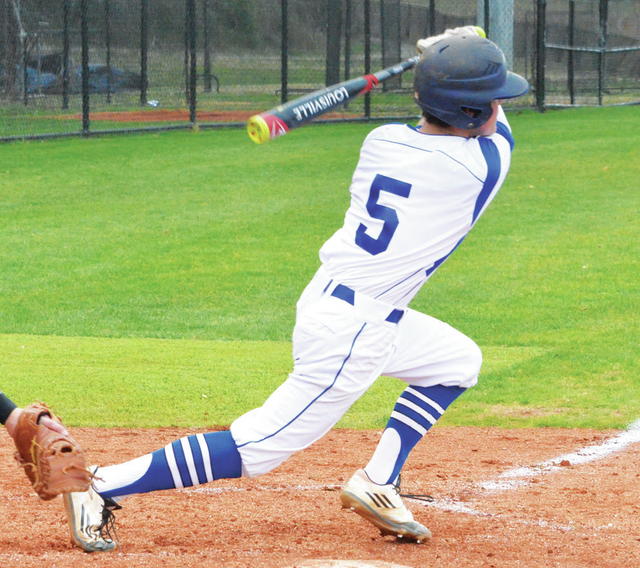 LAGRANGE – After a couple of tough losses, the LaGrange Grangers finished the week on a positive note.

Earlier in the week, LaGrange lost to Troup 5-1 before falling to Newnan 4-3 after taking a one-run lead into the final inning, so Friday’s 6-4 home victory over Sandy Creek was much needed.

The Grangers improved to 4-3, and they’ll host East Coweta on Monday before opening their Region 1-AAAAA schedule on Thursday against Columbus High.

In Friday’s game, senior C.J. Harman got the start, and he pitched three solid innings.

“He’s worked hard,” LaGrange head coach David Smart said of Harman. “He threw the ball really well. I was really happy with him. He did a great job.”

Jacob Vinson worked the next three innings to get the win, and Ben Anderson finished things off on the mound with a scoreless seventh inning.

The Grangers scored two runs in the first inning and one in the second before plating three key runs in the fifth to take the lead for good.

Anderson had a productive day at the plate for the Grangers with two hits, including a double, and he drove in three runs.

Willis Kemp had two hits and was hit by a pitch once, and he also had three stolen bases and two runs scored.

Larkin Easterwood had a double and an RBI for the Grangers, and Jake Howard had an RBI single in the decisive fifth inning

David Sweat, Jake Farrar and Trevor Norris also had hits for the Grangers.