It’s a busy week on the diamond 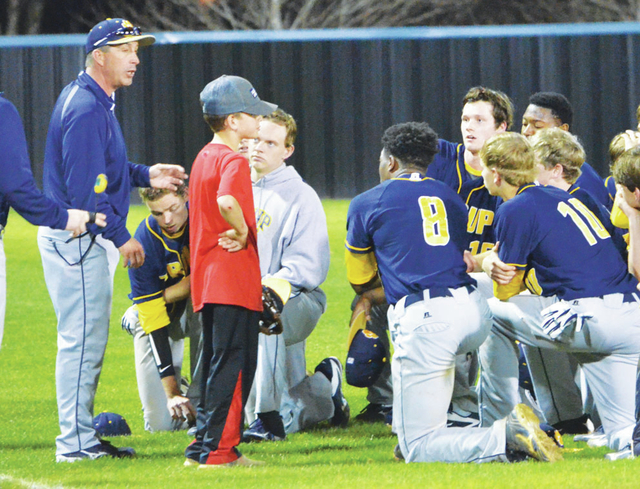 After today’s game against East Coweta, it will be nothing but Region 1-AAAAA games for the LaGrange Grangers.

LaGrange’s final 18 games of the regular season will all be against region foes, and they’ll be trying to finish fourth or higher to secure one of the region’s four state-playoff berths.

Callaway and Troup, meanwhile, won’t begin their region schedules until next week.

LaGrange (4-3), which ended a two-game losing streak with Friday’s 6-4 win over Sandy Creek, will wrap up the non-region portion of its schedule with today’s home game against East Coweta.

If the Grangers win today, they’ll improve to 5-3, which would be an impressive record considering the challenging schedule they’ve played.

Getting a win today won’t be an easy task, though.

Once today’s game is in the rearview mirror, LaGrange will turn its attention to the region schedule, and it will open against traditional powerhouse Columbus High.

The teams will play on back-to-back days beginning on Thursday.

LaGrange will be the host team on Thursday, and the location shifts to Columbus on Friday.

While Columbus is no longer under the direction of long-time coach Bobby Howard, who stepped down during the 2015 season and is now at Central-Phenix City, the Blue Devils are continuing to thrive under Chad Mathis.

The Blue Devils will carry a 6-0 record into their region opener against Harris County on Tuesday.

LaGrange will play each one of the teams in the region three times.

The Troup Tigers (3-2) began the season with three straight wins, including a 5-1 victory over LaGrange last week, but they’ve dropped back-to-back games.

After the loss to East Coweta, Troup fell to Northside-Columbus 14-3 on Friday in a game that ended after five innings because of the run rule.

Troup will look to get things back on track this week before it starts Region 5-AAAA play next week.

Troup visits Callaway on Tuesday, and it finishes the week with a road game against Brookwood on Thursday.

After Friday’s loss to Northside, Troup head coach Craig Garner said “we’ll all learn from it, players, coaches, everybody, and we’ll go back to the grind.”

The Callaway Cavaliers, coming off last week’s 7-1 loss to Harris County that ended a three-game losing streak, will play three games this week as they get ready for Region 5-AAA play.

Callaway (3-2) will be at home on Tuesday against Troup before traveling to Manchester on Wednesday to make up a game that was rained out last week.

Callaway will be back home on Friday to play Heard County, and then it’ll be time for the region games.

Also this week, LaGrange Academy will begin its season on Thursday with a home game against Trinity.