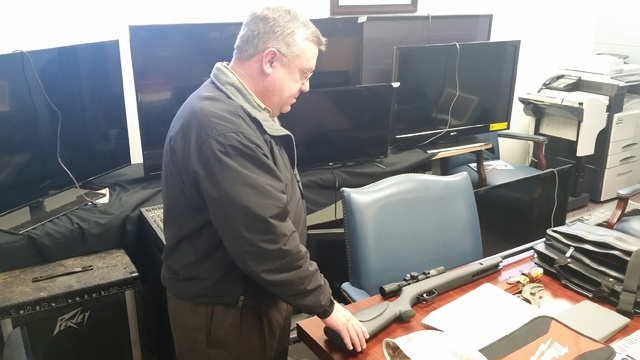 LaGRANGE — Investigators with the Troup County Sheriff’s Office announced they have arrested and charged two men with a rash of burglaries from homes, businesses and churches around the area.

Officials with TCSO said the majority of the stolen property was taken from Troup County, but many items were also taken from places in Alabama.

The law enforcement agency spent days cataloging a room full of the stolen goods, which deputies confiscated Feb. 12 and 13 at a home in the 200 block of Boulevard and a warehouse off Miller Street. Both places were owned by Lloyd, TCSO investigators said.

TCSO investigators believe the recovered property is from burglaries that occurred over three to six months in Troup and surrounding counties. They said many of the items have been returned to burglary victims.

Anyone with information on the location of Edward Meriwether Jr. is asked to contact Troup County Sheriff’s investigators at 706-883-1616 or Crime Stoppers at 706-812-1000.