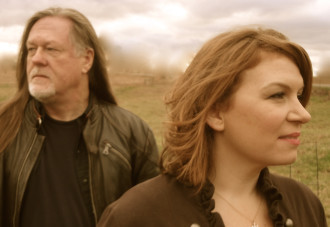 Musical duo to perform in LaGrange

“Although they have played together at Pure Life before, this is a new avenue for them,” said Maggie McDonald, Pure Life Studios’ owner. “They have teamed up and are actually writing together. Knowing the two and respecting their musical talent and showmanship, I can’t wait to hear what they have created — they are a house favorite.”

Friends for several years, after Johnson appeared numerous times with Waldrep in concert as an opener and as part of his Jingle Jams, they decided to make it a permanent arrangement. They have been working in the studio the last couple of months and will be showcasing their new music on their county-side tour.

Alabama native Waldrep is a southern folk, bluegrass rocker who has played on stage since he was 6 years old. He hit the bluegrass circuit, and countless honky tonks and bars to theaters, arenas and the famous Grand Ole Opry.

He has played with some of his heroes in music, such as Bill Monroe, Tony Rice and Clarence “Gatemouth” Brown. Waldrep includes in the lineup his father, who helped him by paving the way and teaching him the ropes of the road.

In addition to playing with his heroes, Waldrep has collaborated with heavy metal guitarist Jacob Bunton, appeared on The Zac Brown Band’s “Pass the Jar” CD and DVD along with Kid Rock and Little Big Town.

Johnson’s music has been featured in national television commercials, independent films, political campaigns and her songs have been recorded by other artists. Not only musical, she has produced and hosted several of her own television programs that highlight artists and their music and is associate producer and frequent guest of the Dugger Mountain Music Hall, which is nationally syndicated on The Heardland Network as well as other regional television programs.

The Concert is at Pure Life Studios, an acoustic listening room at 206 Clark St. in LaGrange.

Doors open at 6:30 p.m. and the show begins at 7:30 p.m. The concert is a $20 cash donation at the door. Outside food and drink welcome. To reserve a seat or for more information about the concert visit Pure Life Studios on Facebook, contact Maggie McDonald by email at maggie@purelifelagrange.com or text 706-443-4838.