No changes expected for LaGrange theater from AMC’s Carmike buyout 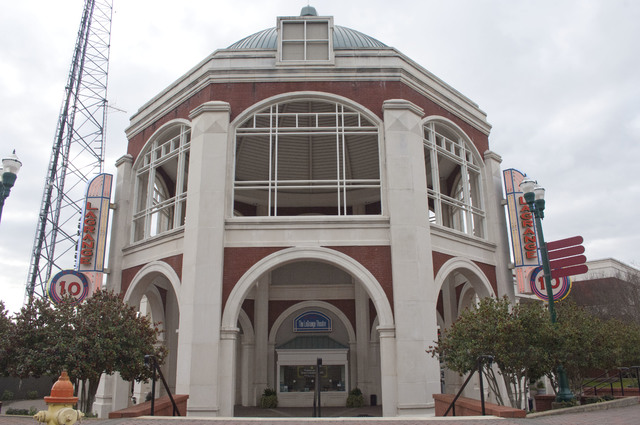 Carmike LaGrange 10 cinema’s parent company, Carmike Cinemas, is slated to be purchased by AMC Entertainment Holdings. Officials say the theater will remain in its current location and will likely be unaffected by the purchase.

http://lagrangenews.com/wp-content/uploads/sites/37/2016/03/web1_MovieTheaterWEB.jpgCarmike LaGrange 10 cinema’s parent company, Carmike Cinemas, is slated to be purchased by AMC Entertainment Holdings. Officials say the theater will remain in its current location and will likely be unaffected by the purchase.

The theater, which leases the building from the city of LaGrange, still has nine years left on its leasing agreement and will continue to occupy the building through at least March of 2025, according to Alton West, the city’s community development director.

The two companies, whose boards of directors approved the purchase, said the proposed acquisition by AMC of Carmike should be completed by the end of this year, giving them plenty of time to receive the necessary federal regulatory approval.

Carmike’s shareholders also must approve the deal, which involves AMC paying a nearly 20 percent premium over the Columbus firm’s closing stock price March 3. Its shares closed at $25.11 apiece March 3, up a modest 47 cents, an indication that investors didn’t see the acquisition news coming. In after-hours trading, Carmike shares jumped more than $4 per share. AMC also has agreed to assume all of Carmike’s debt.

The deal would make AMC Theatres the largest movie-theater company in the world, the companies said, with the Kansas chain ultimately operating more than 660 movie theaters and nearly 8,400 screens in 45 states and Washington, D.C. The No. 1 motion-picture exhibitor now is Knoxville, Tenn.-based Regal Cinemas, with nearly 600 theaters and roughly 7,300 screens. Carmike is currently the fourth-largest theater firm.

Carmike President and Chief Executive Officer David Passman called the acquisition a “transformative milestone” for his company that benefits its shareholders.

“By joining with AMC, we are bringing together two highly complementary theater footprints and a shared commitment to service and innovation, positioning the combined company to deliver an even more compelling movie-going experience in many more locations across the country,” he said in a statement. “I am proud of the Carmike employees whose dedication and hard work have made this combination and its many benefits possible. We look forward to working together with the AMC team to complete the transaction and to ensure a seamless transition.”

Adam Aron, AMC’s president and CEO, also used the words compelling and complementary to describe the combination of the two entities.

“Through this transaction we expect to unlock synergies, sufficient we believe to make this transaction accretive in 2017,” he said in a statement. “AMC also gets to extend the reach of our innovative, guest-experience strategies to further transform the movie-going experience for millions of new guests. We also look forward to welcoming so many talented Carmike employees to the AMC team.”

The companies did not address any possible employee cuts or theater closings as part of those “synergies.” They did estimate cost savings of about $35 million a year following the merger, including “reducing general and administrative expenses by combining back-of-the-house functions such as accounting, finance and technology.”

Carmike is believed to have about 8,000 employees companywide, with the bulk of those part-time workers staffing theaters across its 45-state footprint.