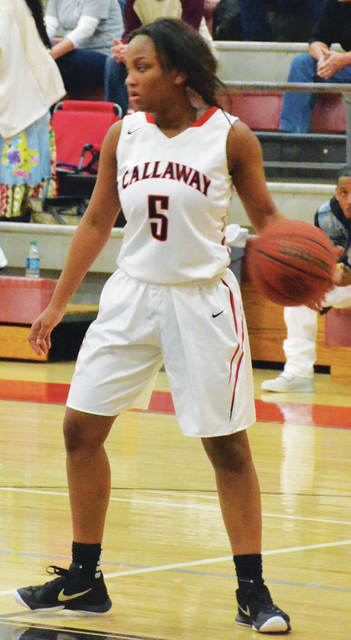 The Troup Tigers are hoping to have plenty of reason to celebrate as they begin their Region 5-AAAA schedule this week. Kevin Eckleberry | Daily News

http://lagrangenews.com/wp-content/uploads/sites/37/2016/03/web1_troup1-1.jpgThe Troup Tigers are hoping to have plenty of reason to celebrate as they begin their Region 5-AAAA schedule this week. Kevin Eckleberry | Daily News

LAGRANGE – The Troup Tigers were a game away from winning a region championship a year ago.

It came down to the final game of the regular season, with Troup and Whitewater facing off for the top spot.

It was a hard-fought game, with Whitewater hanging on for a 4-3 victory on its home field to deny Troup the region title.

This week, the Tigers will begin their quest to finish what they were so close to accomplishing last spring.

Troup will play its Region 5-AAAA opener on Tuesday against Woodward Academy, and that will be the first of three games in three days between those two teams.

Also on Tuesday, the Callaway Cavaliers will begin their pursuit of a third straight region championship when they visit Haralson County for their Region 5-AAA opener.

LaGrange began its Region 1-AAAAA schedule last week, and it split a pair of games with Columbus.

LaGrange has three region games this week, beginning with Tuesday’s matchup with Shaw.

A year ago, Troup and Whitewater were far and away the top two teams in the region, and it was apparent early on that those two teams would end up playing for the championship.

In the final week of the regular season, they played three times, with Whitewater winning twice to capture the region crown.

Once again, Troup and Whitewater will finish the regular season with three games against each other, but they both have plenty of work to do between now and then.

Troup will play three games against each of its region opponents, starting with Woodward Academy this week.

Troup will be the host team on Tuesday and Thursday, and it will visit Woodward Academy on Wednesday.

Troup will then have three games each against Carrollton, Sandy Creek, Fayette County and Whitewater.

It’ll be the same format throughout the remainder of the season.

When two region teams are set to meet, they will play three times in a week, so Troup will in essence have five separate three-game series.

“After going through it for a year, I really like it,” Garner said. “You definitely have to develop pitching depth. And also, in the grand scheme of things, I think you’re more prepared for playoff time.”

For the initial two weeks of the region schedule, the games will be really packed together.

Troup will bring a 5-2 record into region play, and it got a 6-1 road win over Brookwood on Thursday to complete a perfect week.

Against Callaway, Troup got a lift when Bo Halcomb made his season debut on the mound.

Halcomb teams with fellow senior Winston Turner to to give the team a formidable one-two punch at the top of the rotation.

Senior Jarred Helton was Troup’s number three starter last year behind Turner and Halcomb, and freshman Colby Williams has been terrific in his two starting outings this season.

Payton Upchurch has also performed well on the mound this season, and he was the winning pitcher in a road win over state-ranked Auburn, Ala., and Garner has plenty of other capable pitchers to call upon if needed.

Troup’s offense has been getting it done as well.

Senior center fielder Miles Cameron, who had a three-run home run against LaGrange, is one of the anchors of a balanced lineup, and Halcomb has seemingly always been on base from the leadoff position.

While the Tigers have some guys like Cameron who can knock the ball over the fence, they often rely on “small ball” to put runs on the board.

In the wins last week against Callaway and Brookwood, Troup scored a bunch of its runs by being aggressive on the base paths, and by doing an excellent job with situational hitting, whether it was sacrificing someone over, or getting a runner in from third with less than two outs.

After the win over Brookwood, Garner said “we were able to kind of get our offense going as far as utilizing everybody in the lineup. Everybody did their job, whether it was moving a runner over, or squeezing them in, or a sac fly.”

As for the region schedule,it will be a challenge.

Whitewater (4-2), after reaching the state-championship series last year, has another strong team, and while Carrollton (3-5) has a losing record, it is expected to be a contender for the region title.

Woodward Academy (3-5) is always a dangerous opponent as well, and Sandy Creek (3-5) and Fayette County (3-7) are stronger than they were a year ago.

“It’s going to be interesting,” Garner said. “I’m anxious and eager to get started.”

Callaway heads into its region opener with some momentum after beating Manchester 11-1 and Heard County 8-4 last week.

Before getting those two wins the Cavaliers had lost two in a row, and that included a 14-1 loss to Troup last week.

It has been an up-and-down season for the Cavaliers (5-3), who have a winning record, but have been blown out in each of their losses.

Callaway head coach Dusty Hubbard’s hope is that the challenging schedule his team has faced will be of a benefit now with the start of region play.

“I hope they’ve helped us,” Hubbard said. “We’ve had blowouts, both ways, and close games. The goal now for us is, we can’t step back. We’ve got to keep going forward. We’ve had some obstacles, but we’re going to be all right.”

A year ago as the Cavaliers jumped into region play, Hubbard knew he had three lock-down starting pitchers in Kevin Craft, Perry Keith and Cody Mimbs, and all three of those players had exceptional senior seasons.

Those three men, who helped the Cavaliers reach the quarterfinals of the state playoffs, are now playing college baseball, and Hubbard has been looking for some pitchers to fill that void this year.

Junior right-hander Josh Hanson has been effective when he’s been called upon this season, and he and senior Hunter Rollins teamed up for a no-hitter against Manchester a few weeks ago.

Slone Raper pitched two scoreless innings against Heard County on Friday, and Dylan Johnson showed what he’s capable of when he pitched a complete game in a 4-2 win over Shaw.

Offensively, the Cavaliers were limited to two total runs in back-to-back losses to Harris County and Troup, but they busted out for a combined 19 runs against Manchester and Heard County.

Rollins, who plays catcher when he’s not pitching, had two RBI hits against Heard County, and Ty McCann and Raper also drove in runs in that game.

It was a balanced offensive effort, with Devin Brock, Noah Hammett, Johnson, Cortney Laye, Javoski Leverette and Drake Wade all reaching base with either a hit or a walk.

Everything seems to be rounding into shape for the Cavaliers, and that’s a good thing considering the strength of the region this year.

Five of the six teams in the region have a record above .500, and a Pepperell team that Hubbard feels can compete for the region title is at .500.

“Haralson is 7-1, Rockmart is 7-0, Central-Carroll is 5-3, but they’ve played a schedule like we have,” Hubbard said. “And then you’ve got Pepperell, who is 4-4, and honestly I thought they were going to be the best team in the region.”

The Cavaliers will play each of their region opponents three times as they look to bring home a third straight region crown.