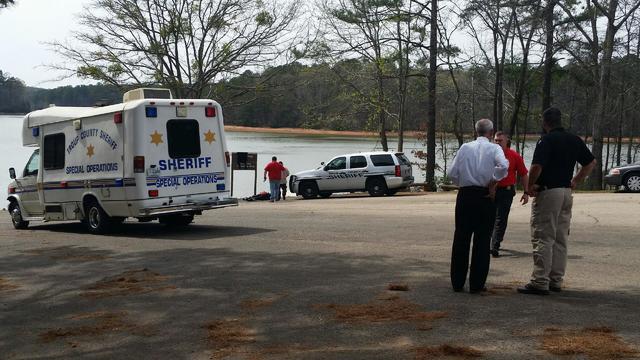 LaGRANGE — Divers with the Troup County Sheriff’s Office pulled the body of a missing 70-year-old man from West Point Lake on Wednesday afternoon near Neely Road.

Fishermen discovered the man’s empty fishing boat still tied to a dock at White Water boat access ramp this morning after seeing him there the Tuesday evening. The man’s pick up truck was still parked in the boat ramp’s parking lot and the boat was still running when it was found this morning.

Sheriff’s Sgt. Stewart Smith, spokesman for the Troup County Sheriff’s Office, said the man’s death is being investigated as an accident and his body was taken to West Georgia Medical Center. Authorities have not released his identity.

The man’s body was found not far from his boat, Smith said.

Public safety officials were scouring an area of West Point Lake Wednesday afternoon after an elderly man last seen on a boat was reported missing.

The man, whose name has not been released, was described by Troup County sheriff’s officials only as a 70-year-old man. He was last seen by fisherman about 6 p.m. Tuesday at the White Water Access boat ramp.

When the fishermen returned Wednesday morning, they said his truck was still parked at the access area and his boat was tied to the dock still running and with a baited line still in the water.

Sheriff’s deputies along with state Department of Natural Resources and U.S. Army Corps of Engineers officials were searching the area by ground and underwater with divers. A Georgia State Patrol helicopter was also assisting in the search.

No description of the man had been provided as of this report.