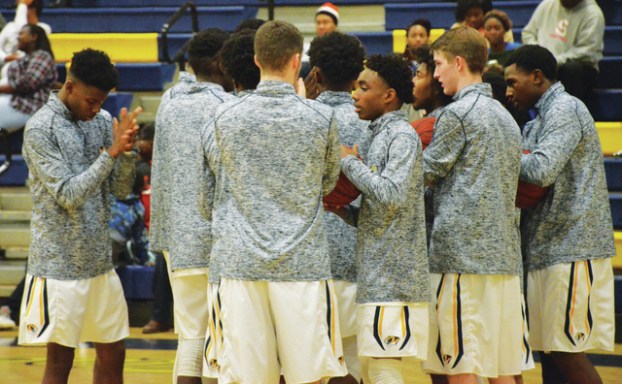 Miles Cameron has hit home runs in each of the two games against Woodward Academy this week. Kevin Eckleberry | Daily News

http://lagrangenews.com/wp-content/uploads/sites/37/2016/03/web1_troup1-2.jpgMiles Cameron has hit home runs in each of the two games against Woodward Academy this week. Kevin Eckleberry | Daily News

COLLEGE PARK – There was a bit more suspense in the rematch, but the result was the same.

A day after Troup beat Woodward Academy 15-0 in four innings, those teams were facing off again, this time in College Park.

Troup built a 10-run lead early in the game, and it withstood a Woodward Academy rally to claim a 14-8 victory.

Troup (7-2 overall) improved to 2-0 in Region 5-AAAA, and it will host Woodward Academy today at 5:30 p.m. in the final meeting of the regular season between the two teams.

Troup, just as it did in the first game, took control early, and it was ahead 12-2 through three innings.

With his team up by 10, Troup head coach Craig Garner started substituting to get all of his players some time on the field, and Woodward clawed its way back into the game and got within four.

Garner called on pitcher Jarred Helton to finish the game off, and he came in and threw 2 2/3 innings to preserve the win.

Payton Upchurch started and pitched three solid innings to get the win, and Neal Searels and Tremayne Tolbert also threw before Helton entered the game with the bases loaded and one out in the fifth inning.

For the second straight day, Woodward had no answer for Troup’s explosive offense.

Miles Cameron, who hit a home run in Tuesday’s win over Woodward Academy, went deep again on Thursday with a two-run shot, and he finished with two hits.

Winston Turner also put one out of the ballpark for a three-run home run, and he had three hits.

Leadoff hitter Bo Halcomb, who is having a phenomenal season, had three hits including a triple to start the game, and Ken Truitt had three hits as well.

After today’s game, Troup will continue its region schedule next week with three games against Carrollton