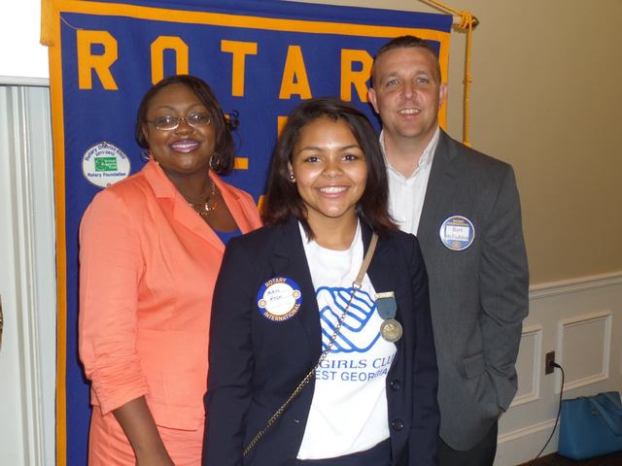 LaGRANGE — For four years it was almost hard to distinguish Bart McFadden from the 80 or more kids playing, walking or studying within the four walls of the Boys and Girls Club of West Georgia.

The executive director could often be found shooting hoops with the boys inside the gym, outside on the playground, helping students create and build their own “city” inside a classroom or just hanging out in a hallway and encouraging a child that was having a rough day.

McFadden was always knee deep in the trenches, so to speak, and that was exactly how he preferred it.

“It is one of the things I appreciated. My office was in the clubhouse and the door was always open,” he explained. “I’d usually have four and five kids that would stop and hang out. It really grounds you in the work and puts a face on the purpose in what we (the Boys and Girls Club) were doing. I learned something new about a child each day. Whether it was a talent they had … or a new challenge they faced.”

But on Friday, McFadden said goodbye to the students and staff he came to know and care for so well.

The executive director left his position at the Boys and Girls Club of West Georgia and headed for Knoxville, Tennessee.

Starting Monday, McFadden will begin his new job as president and CEO of the Boys and Girls Club of the Tennessee Valley.

He said the organization has 19 clubs spanning four counties. The Tennessee Valley Boys and Girls Clubs served 7,900 students in 2015, an average of 1,750 kids on a daily basis, McFadden said.

“I’m going from a staff of 40 folks here to a staff of 450 staff members on a consistent basis,” he added. ” … they’ve got a phenomenal staff and board to work with up there, and I’m really excited about the position. It is definitely one of the better organizations in the country.”

But he said he is leaving a talented staff behind.

“The staff at the Boys and Girls Club of West Georgia are just good, period. I don’t care what job you’re in, it is only as good as with the people you work with,” McFadden said.

The staff and McFadden are credited with turning the organization around during a dismal period in the club’s history.

McFadden said he arrived in Spring of 2012.

“The club was in a very challenging period financially and with its programs,” he explained. “The LaGrange club was serving 50 kids a day. We were serving them in a facility that wasn’t conducive to serving the children in the capacity that we needed to … it was in a church off Juniper Street. … We were also approaching a quarter of a million dollars in debt.”

The former executive director said the club started to make changes including streamlining the organization’s spending and bringing in new staff with a wider skill set.

McFadden said they also had a vision of what the club could become in the future and positively impact the community.

The organization started by moving into the old elementary school building on Cannon Street in 2014.

In addition to the Boys and Girls clubs in LaGrange and Hogansville, the group expanded in 2015 and merged with a club in Valley, Alabama.

The organization served about 335 students per day from all three sites, he said.

He also announced starting in August, a new Boys and Girls Club site will open at Callaway Middle School. Their goal is to serve 60 to 70 kids per day.

“We’re serving more kids … While we’re not serving all, we are serving more,” McFadden said. “We’ve done it in a way that we’ve set up a model of sustainability. Last March, we became a completely debt-free organization. I feel like we restored the organization’s reputation and trust that had been damaged under previous leadership.

“I think people view us as part of the solution to the problems that face kids in this community. I think we did that by bring in more partnerships, like with the LaGrange Youth Symphony Orchestra, the Lafayette Society for Performing Arts and many, many more.

“We’ve been fortunate to remove barriers and give these kids experiences they might never have had, so they can see what LaGrange truly has to offer,” he added.

McFadden stated the Boys and Girls Club of West Georgia also increased their fundraising efforts from $6,000 in 2012 to $30,000 at their annual Turn Back the Clock for Great Futures event on March 12.

He said this has allowed the organization to maintain its membership cost of $20 per year for middle and high school students.

“LaGrange is a great community. There’s been an openness from partners and supporters to make sure that has happened for the kids we serve,” McFadden explained. “I just encourage folks to continue to do that for these kids. I think we’ve definitely changed what is possible for the students that we serve. … I know whatever I do in Knoxville is because of what I did in LaGrange.”

McFadden said he will be back in May to watch three students graduate from high school. The students were freshmen when McFadden started at the club. All three will attend college in the fall, he said.

McFadden said someone has been selected for his former position with the Boys and Girls Club of West Georgia. He stated that person will be in place within the next couple of weeks.