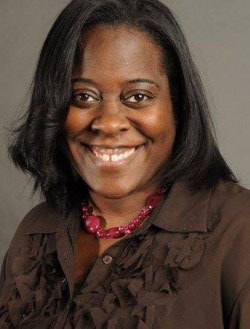 LaGRANGE — Circles of Troup County is adding a second group in West Point. Nneka Carter has been hired as the Circles coach for that group.

Circles is an organization that works with families living in generational poverty who want to move toward self-sufficiency. The organization provides classes for participants including goal-setting, job readiness and budgeting. When participants complete the classes, they are partnered with middle class volunteers from the community who help them reach their goals toward self-sufficiency.

Circles of Troup County began in 2012 and has worked with more than 34 families. According to Circles, results for those completing six months or longer show that participants average a 119 percent increase in income, a 56 percent decrease in debt and a 366 percent increase in assets.

Carter brings experience from more than 20 years in youth and community developing. She served nine years as an executive director for the Boys & Girls Club of Metro Atlanta, managed one of four city of Atlanta’s Centers of Hope, an initiative of Mayor Kasim Reed and also organized and chaired the Community Gang Task Force, designing programs geared towards reforming female gang members.

Carter currently is coordinator for the Center for Calling and Career at Point University while also working for Circles.

She has a bachelor’s degree in organizational communications from Wilberforce University and a MBA from University of Phoenix.

For information about Circles, or to apply for the West Point Circles group, go to circlesoftroup.org.