Musicologist to explore sounds of Cuba 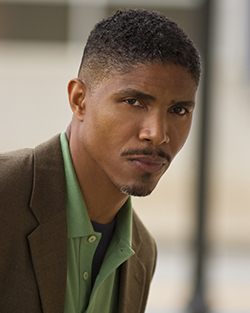 Four decades — and several college degrees later — Dr. Oliver N. Greene Jr. will return to his hometown campus, minus the trombone. He is now associate professor of music at Georgia State University where he teaches world music, popular music of the Americas and ethnomusicology courses. Dr. Greene will discuss Cuban music March 28 during his lecture in the college’s 3D Journeys Cuba series.

It’s an opportunity he welcomes, Greene said, because he can speak about something he loves — the vibrant and highly influential music of Cuba — and experience again the town that gave him his first musical opportunities.

“I like to see what’s happening in LaGrange. I see a lot of growth, a lot of change,” he said, rattling off a list of LaGrange’s cultural resources, including symphony, ballet, theater, museums and more.

“I do not know of any other city of this size that has so many cultural organizations,” Greene said. “This says a lot about the city, not just that it has these things, but it supports them. It’s very impressive.”

The title of his presentation, “Exploring the World of Cuban Music,” is particularly apt. Greene has been “exploring the world” through music for most of his life. He comes to LaGrange fresh off a trip to Trinidad, where he was a presenter at the annual conference of the Southeast/Caribbean Chapter of the Society for Ethnomusicology. The week before that, he was organizing sponsor of “Celebrating the American South,” a weeklong blues festival at Georgia State, complete with lectures, performances, a photo exhibit and more.

A passionate researcher, Greene has done extensive field work in the Caribbean, much of it focusing on the music and rituals of the Garifuna people of Belize and Honduras. He’s also studying the Mardi Gras Indians of Louisiana, a musically and culturally significant group that has been part of the Mardi Gras tradition since the 19th century.

That dual approach, Greene believes, reflects the influence of his parents, Oliver Greene, a retired principal and Annie Greene, a retired art teacher and well-known artist. He grew up in a home filled with music and art.

“Both sides of my family, but especially my father’s side, were very musical, and then there was my mother’s art, the very visual side. I didn’t see them as separate entities. I am drawn to music with visual appeal.”

Not surprisingly, Dr. Greene recognized early on that his career would be in the arts, with “a strong inclination” for music.

“My mother loves to tell how she took me to football games as a small boy and could not keep me still when the band took the field at half-time,” he said, laughing. He remembers performing in an “operetta” at Ethel W. Kight Elementary School and singing “all over Troup County” growing up. He eventually sang his way to the highly regarded Conservatory of Music at the University of Cincinnati, where he made its prestigious chamber choir in his first year and graduated with a degree in vocal performance.

He went on to earn two Master of Music degrees at Southern Methodist University, one in voice, the other in sacred music conducting. After a stint on the faculty at Morris Brown College, he headed to Florida State University for his Ph.D. in musicology, with an emphasis on ethnomusicology, the study of music as an expression of culture.

“Ethnomusicology moves from ‘what does the music sound like?’ to ‘what does it mean?’ What are the people who are performing it trying to say?”

Though his career has shifted toward academics, Greene has never lost his love of singing and performs when time permits. He and singing partner Lori Christian are working on a CD that will be a compilation of their own arrangements of spirituals, musical theater pieces and “old school” jazz.

His professional exposure to Cuban music dates to his early years at Georgia State (2001-06) when he organized an annual series of World Music and Dance shows, featuring various countries and ethnic groups that had a presence in the Atlanta area. One of the shows highlighted the music of the city’s Cuban community.

“I’ve always had an interest in traditional Cuban music, especially in the African retentions in Cuban music,” he said.

His lecture will focus on two of the many important forms — rumba, which blends African drumming styles and Spanish flamenco-singing influences and Cuban Son, a well known genre of Afro-Cuban origin that developed into salsa. He’ll also touch on the influence of Cuban jazz.

“We’re going to listen to lots of music and see lots of slides,” he said.

“Dr. Greene will bring to our audience his expertise as a musicologist with a particularly rich knowledge of African-American and Caribbean music and culture,” said LaGrange College Provost David Garrison. “He will provide us with an especially informative introduction to the sounds of Cuba.”

This month’s 3D Journeys lecture is March 28 at 10 a.m. in the Dickson Assembly Room of Turner Hall. 3D Journeys at LaGrange College offers four free lectures each year aimed at allowing participants to “discover, discuss and develop” through lectures and optional travel.

This year’s lectures on Cuba began in January and conclude April 25. Each lecture stands on its own and new attendees are welcome.

Parking is behind Sunny Gables, the LaGrange College Alumni House on Broad Street, with shuttle service to the door. A Dutch-treat lunch is available in Pitts Dining Hall following each session.