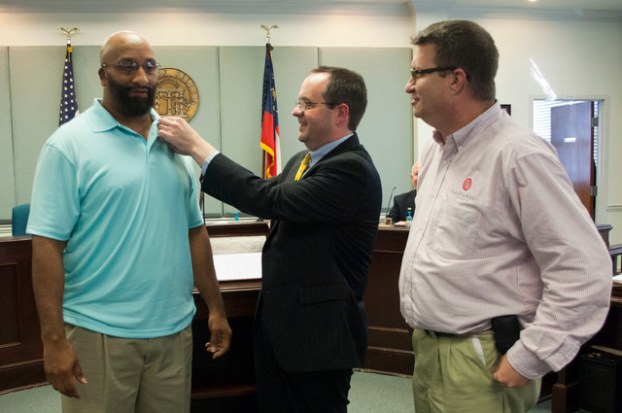 LaGRANGE — City officials on Tuesday honored a public works employee for more than two decades of service to the city.

Thornton added that Owens has maintained perfect attendance at his job for 20 years.

Owens began his career with the city as a public service associate and obtained his commercial drivers’ license before advancing to his current position.

He has represented LaGrange in the Solid Waste Association of North America truck “ROAD-E-O” competition — which he explained is an obstacle course competition for truck drivers — and received first and second place awards. In 2012, he advanced to the international competition in Dublin, Georgia, and will compete again in May.

Owens and his wife, Tammy, have one daughter, Jada.