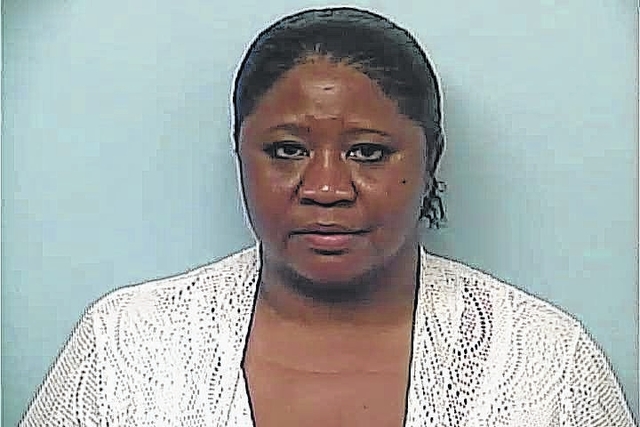 LaGRANGE — A Troup County grand jury voted this month to indict two women for allegedly taking money and defrauding the Troup County Board of Education and the United Way of West Georgia out of hundreds of thousands of dollars over a period of at least four years.

Alfreda Hyman Edmondson and Annie Gray Spell were charged with theft by conversion, four counts of theft by deception, seven counts of identity fraud and forgery in the first degree.

Edmondson was additionally charged with financial transaction card fraud. She is the former head of Troup BELL, an education program within the United Way of West Georgia.

According to the indictment, between May 5, 2011, and Sept. 16, 2011, the women obtained $5,000 from the Troup County Board of Education. Instead of depositing the money into the bank account of the intended payee listed on each check, Edmondson and Spell are accused of converting the funds for their use and placed the money into a bank account titled DocQments LLC.

Between Dec. 31, 2010, and Dec. 2, 2011, the women are accused of obtaining another $5,000 from the Troup County Board of Education by intentionally misrepresenting that the money was payment for services and counseling provided by The Harvest Center Group, the indictment alleges. It states Edmondson and Spell “knew the services had not been provided at all.”

The duo were also indicted on charges of committing identity fraud on April 18, 2012, by fraudulently using the name of the West Georgia Counseling and Assessment Services, a private corporation.

Edmondson and Spell also used suspected fraudulent invoices that read WG Counseling Services to obtain a check from the United Way of West Georgia on April 18, 2012; April 27, 2012; and June 6, 2012, the indictment states.

The women are accused of committing forgery when they made and possessed a suspect fraudulent invoice allegedly written by a Fred Farrah of the West Georgia Counseling and Assessment Services. That invoice was then delivered to the United Way of West Georgia in order to receive payment of “services,” the indictment states.

Edmondson and Spell allegedly repeated the same scenario two more times between May 1, 2012, and Nov. 19, 2012. According to the indictment, the women committed theft by deception when they took $5,000 from the United Way and falsely claimed the money was for services provided by the West Georgia Counseling and Assessment Services and by the Harvest Center Group.

The indictment also states the duo committed identity fraud between Jan. 24, 2013, and Oct. 23, 2013, by fraudulently using information for the Advantage Counseling Service, a private corporation based out of Jonesboro. The women allegedly used a false address that was then placed on fraudulent invoices to obtain money from the United Way.

Edmondson and Spell allegedly received money from the organization under these false pretenses at least five times to the tune of $25,000. The pair was also charged with theft by deception since they allegedly knew the money was not being used to pay the Advantage Counseling Service.

The grand jury also voted to indict Edmondson on financial transaction card fraud. The indictment states on Oct. 3, 2014, She purchased personal items including safety fences and fence posts valued at $100 using a credit card belonging to the United Way.

According to the LaGrange Police Department, both women are accused of swindling more than $200,000 from the United Way and the Troup County Board of Education.

The indictment also states many of Edmonson and Spell’s alleged crimes remained unknown to the state until 2014, so it will “thereby toll the Statute of Limitations, contrary to the laws of the State of Georgia.” That means the indictment will allow for the pause or delay in the time limit in which the state can prosecute on those charges, allowing it to proceed with the case.