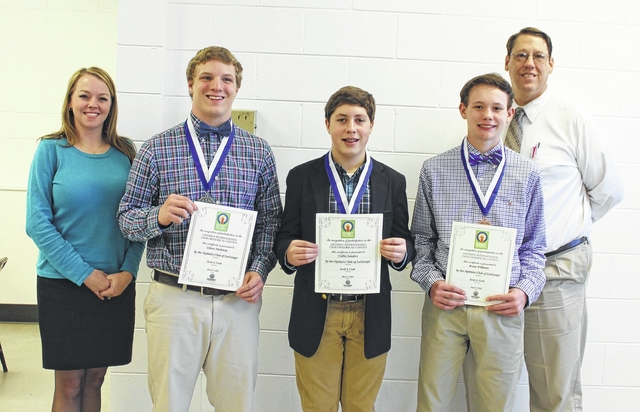 LaGRANGE — Two eighth grade students, Libby Criswell from Gardner Newman Middle School and Collin Sanders from Long Cane Middle School, recently won the Optimist Club of LaGrange’s oratorical contest based on a theme of “How My Best Brings Out the Best in Others.”

Criswell and Sanders were each awarded an Optimist Club medallion and a monetary gift from CB&T of LaGrange for the honor. In addition, they will now advance to the zone level competition and compete against other Optimist Club winners who advanced in their local areas.

Both Criswell and Sanders presented their speeches during an afternoon luncheon, along with 11 other students from across the county. Scott Cook, chair for the Optimist Oratorical contest stated that the judges had a difficult time selecting the winners from the outstanding presentations of each student.

Each person is given the same topic, “How My Best Brings Out the Best in Others,” and must prepare and present a four to five minute speech about the given topic. They are judged on pose, presentation of topic and time.