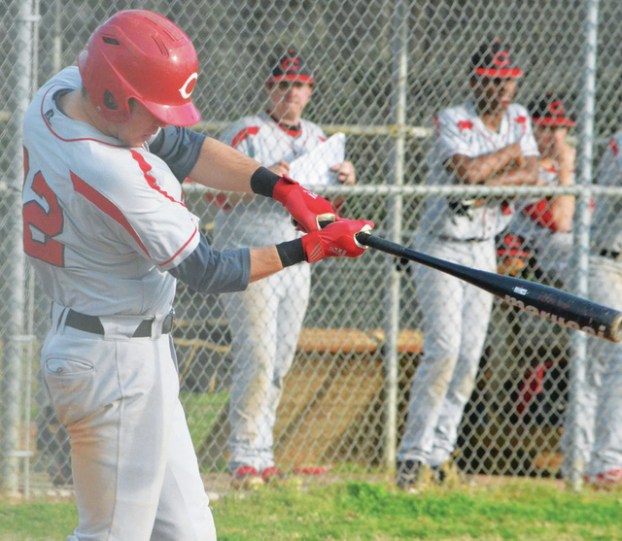 ROCKMART – The Callaway Cavaliers took two-of-three games from Haralson County and Central-Carroll in their first two Region 5-AAA series of the season.

Callaway still has a chance to do the same to Rockmart this week, but it will need to sweep both games of Friday’s doubleheader to make it happen.

In the first game of the three-game series on Tuesday, it was Rockmart coming away with the 5-4 win on its home field.

The scene will shift to Callaway’s field on Friday, with the doubleheader set to get under way at 4:30 p.m.

Callaway jumped out to a 2-0 lead in the first inning, with Noah Hammett coming through with a two-run single to score Dylan Johnson and Cortney Laye.

That’s the way it remained until the fourth inning when Rockmart scored a pair of runs to pull even.

Callaway reclaimed the lead when Johnson hit a solo home run in the top of the fifth inning, but Rockmart went back ahead with two runs in the bottom of the inning.

Callaway pulled even at 4-4 in the top of the seventh when Ben Griffin drove in a run with a groundout.

Callaway threatened to take the lead in the top of the eighth inning.

The Cavaliers had runners on first and second and no outs, but they were unable to score, and the inning ended with a double play.

Ty McCann had three hits for Callaway, and Hammett had two hits.

Hunter Rollins was Callaway’s starting pitcher, and he pitched 3 2/3 innings, and Josh Hanson threw the next 2 1/3 innings.

Johnson finished the game on the mound by throwing 1 1/3 innings.