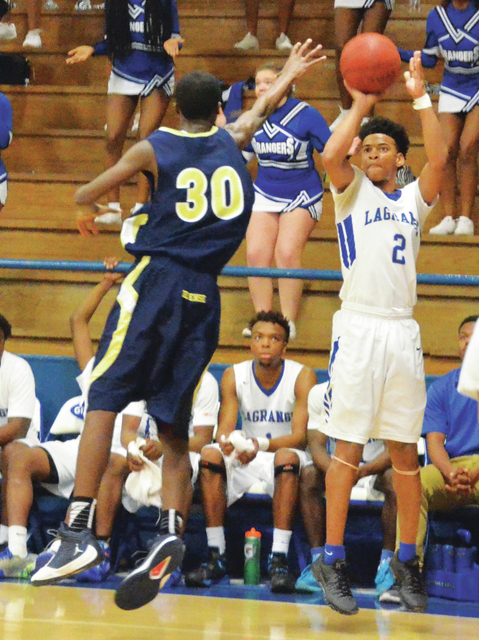 LaGrange’s Jacob Vinson pitches in the seventh inning of Tuesday’s loss to Harris County. Vinson didn’t allow a run during his inning on the mound. Kevin Eckleberry | Daily News

http://lagrangenews.com/wp-content/uploads/sites/37/2016/03/web1_LHS3-5.jpgLaGrange’s Jacob Vinson pitches in the seventh inning of Tuesday’s loss to Harris County. Vinson didn’t allow a run during his inning on the mound. Kevin Eckleberry | Daily News

As the LaGrange Grangers got together for their post-game meeting following Tuesday’s 9-0 loss to the Harris County Tigers, they could at least take some solace in that.

The Grangers struggled in all areas of the game, and it was the Tigers coming away with the one-sided road win.

LaGrange fell to 4-5 in Region 1-AAAAA, and it remained in a fourth-place tie with Hardaway, which lost to Columbus 6-0 on Tuesday.

“It’s real simple,” LaGrange head coach David Smart said. “It’s the same thing we talk about all the time. Throw the ball across the plate, put the ball in play with line drives and ground balls, and throw and catch at a high level. If you do those things, you’ll give yourself a chance to win. They did them, and we didn’t, and that’s why they whooped us.”

The Grangers had their chances in the game, but they were unable to break through.

LaGrange’s best scoring opportunity came in the third inning when it loaded the bases with no outs, but Munoz was able to work out of the jam with no runs scoring.

After a scoreless first inning, Harris County took the lead with two runs in the top of the second inning.

LaGrange starting pitcher Ben Anderson did a terrific job of getting out of the inning with only two runs scoring.

With the bases loaded and two outs, Anderson fell behind 3-0 to a Harris County batter, but he ended up getting the strikeout to keep it a 2-0 game.

That was just a minor speed bump for Harris County, though.

In the top of the third, Rovig had a two-run single, and Carson Powell knocked in a run with a single to push the lead to 5-0.

LaGrange threatened to get back into the game in its half of the third inning.

Champ Willis reached on an error leading off, David Sweat was hit by a pitch, and Jake Howard put down a perfect bunt for a single to load the bases with no outs.

Munoz then got a fielder’s choice, a lineout and a popout to end the inning, and the Grangers still had a zero in the scoring column.

Harris County broke it open with three more runs in the third, with Rovig providing the big blow with a two-run single.

Once again the Grangers threatened in the bottom of the fourth, with Cole Freeman and Willis Kemp both reaching on hits, but they came up empty.

Harris County capped the scoring with a run in the top of the fifth.

Six LaGrange pitchers were used during the game.

Freeman and Vinson each tossed a scoreless inning to finish the game, but the deficit was already 9-0 by that point.

LaGrange is off the rest of this week, and it will play three games next week, one against Columbus, and two against Shaw.

LaGrange has nine region games remaining, and it needs to finish fourth or higher to earn a spot in the state playoffs.