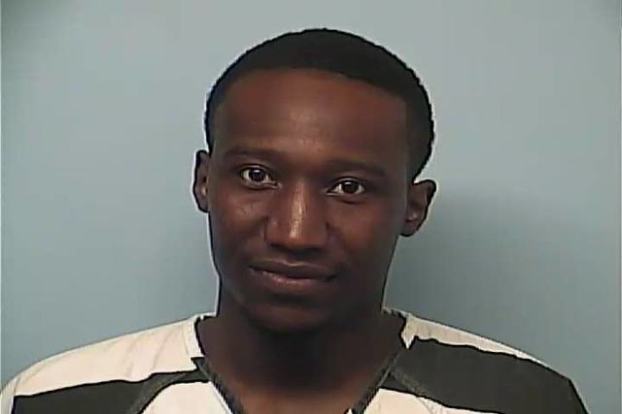 LaGRANGE — A woman is facing charges of violating the Georgia Street Gang Terrorism and Prevention Statute after LaGrange police said she allegedly helped her boyfriend facilitate his drug business while knowing he was a convicted gang member.

Sgt. Mark Cavender, head of the LaGrange police Special Investigation Unit, said Shantavis Denise Dozier, 23, was arrested about 4:30 p.m. Tuesday in the parking lot of Fuller’s at 900 Hamilton Road. Her boyfriend, Raphael Darquez Dyer, 25, was also taken into custody at the same time.

Cavender said Dyer was seen driving a green 1999 Honda Accord and originally stopped by officers for a felony probation violation.

When officers opened the car door to take him into custody, they smelled marijuana, the police report states.

Dozier and her mother showed up on scene and officers stated Dozier approached the back of the patrol car where Dyer was sitting and was told to step away.

Police said the woman then walked over to her car, removed a white cell phone that belonged to Dyer. She then allegedly also gave her mother a white phone and placed another white phone matching it into her back pocket.

Officers asked Dozier to turn the cell phones over to the police, which both she and her mother reportedly refused to do.

Investigators said after several warnings, the 23 year old was then arrested on a charge of allowing another to violate the gang statute.

Cavender said investigators learned Dyer was charged four times on driving offenses while driving Dozier’s car. He said Dozier was issued a written warning for allowing him to drive the vehicle on April 29, 2015.

Cavender alleged the woman knowingly allowed Dyer to use her car to sell drugs and she is familiar with his gang exploits.

Dozier’s mother eventually handed over both cell phones to investigators.

Dozier was charged with two counts of allowing another to violate the street gang terrorism and prevention act and participation of criminal street gang activity.