LaGrange gets another road win over Columbus 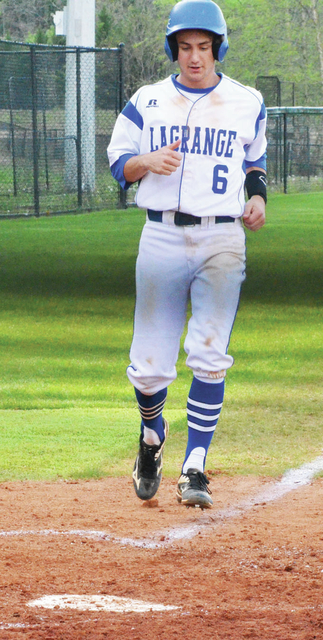 COLUMBUS – The Columbus Blue Devils don’t lose many games on their home field, but they had no answer for the LaGrange Grangers this season.

LaGrange played two games at Columbus this season, and it won them both, including Tuesday’s 3-2 victory in a Region 1-AAAAA game.

It was a big win for LaGrange, which bounced back in fine fashion from last week’s 9-0 home loss to Harris County.

The Grangers have won four of their past five region games, and they’re right in the thick of the playoff chase with eight games remaining.

LaGrange evened its region record at 5-5, and it is a half-game behind Hardaway for the fourth spot.

The region’s top four teams will qualify for the state playoffs, which made Tuesday’s win such a critical one.

LaGrange will continue the playoff chase with a home game against Shaw on Thursday, and those same two teams will play in Columbus on Friday.

“We’re proud of that, the fact they’ll just keep grinding,” LaGrange head coach David Smart said. “And it’s a grind for sure with the region the way it is. You just have to keep your head down and keep playing, and try to take care of things the best you can, and at the end it shakes out like it shakes out. You can’t predict how it’s going to work out. Everybody is good.”

The Blue Devils managed five hits, and both of their runs were unearned.

Anderson got the start, and he pitched four innings and gave up four hits and two unearned runs while striking out five.

Howard went the rest of the way, and he was terrific, allowing one hit and no walks in his three innings on the mound.

The Grangers were trailing 1-0 when Larkin Easterwood got a pitch he could handle and drove the ball over the fence for a two-run home run.

Willis Kemp, who reached on an error, scored on Easterwood’s home run.

Columbus tied it with a run in the bottom of the fourth, and it remained a 2-2 game until LaGrange pushed the go-ahead run across in the top of the sixth.

Easterwood, Howard and Champ Willis each had two hits, and it was Willis who set the table with his leadoff single in the sixth inning.

“I was really proud of the way they came in today and played on the road,” Smart said. “We did a really good job of executing.”

Earlier this season when LaGrange beat Columbus, it followed that up with a loss to Shaw.

LaGrange will try to avoid a similar fate on Thursday when it hosts Shaw.

“That’s what I told the kids. Enjoy this one tonight, and tomorrow we go back to work and prepare for Shaw,” Smart said. “They’re really good. They beat us at their place. We’ll have to forgot about this one and move on.”