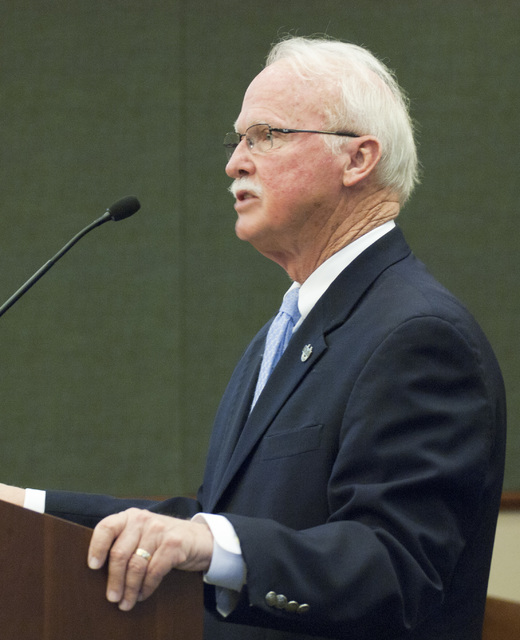 Judge Michael Key, on behalf of the circuit’s superior court judges, made the request at Tuesday’s commission meeting, and said the move has been needed for years.

“This idea of taking the position full time crystallized in my mind in September,” Key told commissioners. “… It is beyond debate that we need a full-time juvenile court judge.”

The request follows sweeping reforms in the state’s juvenile justice code made by the General Assembly two years ago. The new code requires more hearings in both delinquency and child protection cases, and the cases take longer, Key said.

“Unlike other classes of courts, the juvenile courts maintain continuing jurisdiction and ongoing judicial oversight of cases,” Key wrote in his request. “If we implement and maintain fidelity to best practices, it is estimated that the 688 cases filed in 2015 (in Troup County) would result in over 2,000 hearings. And that does not include traffic cases, motions hearings or special proceedings.”

Additionally, the time frame to turn cases around is shorter than previously, and a failure to move swiftly with cases can result in the dismissal of criminal charges.

Key told commissioners the county’s juvenile case volume has remained steady through recent years, but the severity of the cases has risen. He linked a rise in gang violence with increased rates of juveniles committing designated felonies, which include serious crimes such as aggravated assault.

“Law enforcement can only be effective if the consequence in court is effective,” he said.

While the circuit’s superior judges have made the decision to covert Key’s position to full time — and are authorized under Georgia law to do so — they have deferred the compensation decision to the county commission.

The judges, in a written statement to the county, called the salary request “reasonable” and in line with other full-time juvenile court judges.

Liberty County pays its part-time Judge $45,000 for Liberty County and Long County, but Troup County’s case load is substantially larger than that of the entire Atlantic Circuit consisting of six counties.

Key’s position is slated to become full time on July 1, the beginning of the county’s next fiscal year.