Cavaliers are playoff-bound after sweeping doubleheader 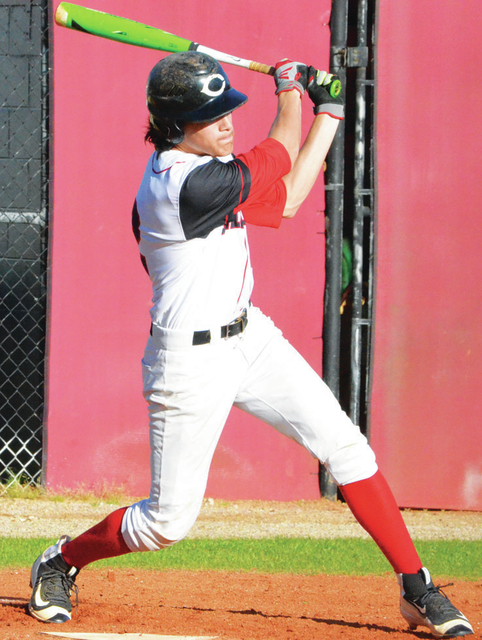 Josh Hanson pitched a one-hitter to lead Callaway to a 3-2 win over Pepperell on Friday. Kevin Eckleberry | Daily News

http://lagrangenews.com/wp-content/uploads/sites/37/2016/04/web1_CHS-hansno.jpgJosh Hanson pitched a one-hitter to lead Callaway to a 3-2 win over Pepperell on Friday. Kevin Eckleberry | Daily News

HOGANSVILLE – The Callaway Cavaliers are playoff-bound.

Where they’ll be seeded once the state tournament gets under way remains to be seen, though.

Callaway, thanks to its doubleheader sweep of Pepperell on Friday, has secured one of Region 5-AAA’s four invitations to the state tournament.

While Callaway won’t be able to finish first since Cedartown already has that spot locked up, it can still place anywhere from second to fourth.

Cedartown heads into the final week of the region schedule with an 11-1 record, and it will finish first no matter what it does in its three games with Callaway.

Rockmart and Callaway are tied for second at 7-5, Pepperell is in fourth place at 5-7, and Central-Carroll (4-8) and Haralson County (2-9) round out the standings.

Callaway, even if it were to lose all three of its games to Cedartown this week, would finish no lower than fourth since it holds the tie-breaker edge over Pepperell and Central-Carroll.

After losing to Pepperell on Tuesday, Callaway had fallen to .500 in the region, and it’s playoff hopes were very much on the line.

The Cavaliers needed a spark, and they got it from right-handed pitcher Josh Hanson, who delivered an outstanding performance in Game 1.

Hanson pitched a complete-game one-hitter while giving up just one earned run, and he shut the Dragons out over the final three innings of the 3-2 win.

Hunter Rollins had an RBI single, and Ben Griffin had a two-run hit in the fourth inning that gave Callaway the lead for good.

Callaway continued the momentum into the second game, scoring three runs in the first inning on the way to a 12-0 victory.

“You could really feel the tension (in the first game),” Callaway head coach Dusty Hubbard said. “It was one of those that both teams really needed to win. Both teams were battling. We found a way, and Josh did a great job for us, and Ben got that big hit. It gave us a little confidence going into Game 2. We jumped on them early and kept pouring it on.”

Hanson, who has been a starter most of the season, only pitched in relief last week against Rockmart since Hubbard figured his arm needed a break.

Hanson’s arm looked fresh and strong on Friday, and Hubbard said he got better as the game went along.

It was a 1-1 game when Griffin came through with a two-run single in the top of the fourth inning, and Hubbard said that was a big moment for him.

“That was a big hit for Ben. I’m proud of him,” Hubbard said. “He was one of our guys starting out. He struggled early. He got down on himself, and kind of got out of some things he was doing. Out of frustration, he was swinging at some bad pitches. He’s a guy who’s kind of earned his spot back out there. It’s good to see a kid do that. It shows perseverance, shows a little toughness, and I was proud of Ben. He’s put some good at-bats together the past four or five games.”

In the second game, which only lasted five innings because of the run rule, Rollins pitched all five innings, and he didn’t give up a run.

Rollins also had two hits, including a bases-loaded double that drove in three runs.

The Cavaliers have been involved in so many tight, tense, close ballgames, so Hubbard said it was nice to have a blowout.

“We finally got one where we could relax,” Hubbard said. “It was good to get one of those.”