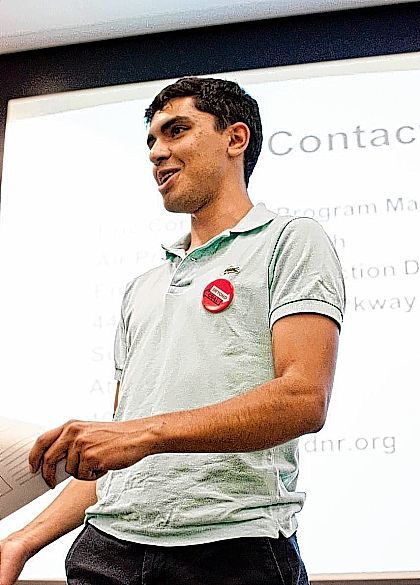 Karra is Georgia’s representative for the Sierra Club’s national Beyond Coal campaign. He will discuss the state’s transition away from fossil fuels to clean energy sources and how LaGrange residents can have a direct say in expanding solar power statewide.

After leading a successful campaign to retire the University of Georgia’s on-campus coal boiler, Karra now works with community members across the state to show state leaders the importance of clean air and water to communities.

The meeting precedes a town hall discussion to be held in LaGrange in early May. As state regulators consider Georgia Power’s 20-year energy plan, club members said the event will be a key opportunity for LaGrange residents to help shape Georgia’s clean energy future.

Refreshments will be served at 6:30 p.m. and the meeting will begin at 7 p.m.

Anyone with questions may contact Ellen Parkhurst at ellen_parkhurst@yahoo.com.