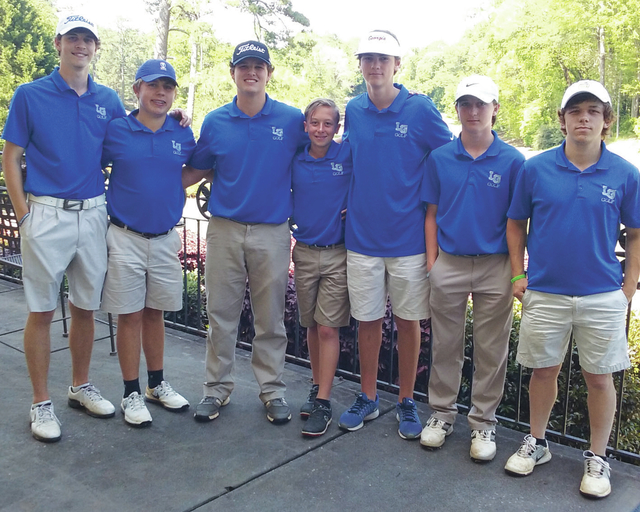 LAGRANGE – Blakely Arp, a sophomore on the LaGrange High girls’ golf team, is getting a chance to continue her season.

During Monday’s Region 1-AAAAA tournament that was held at Highland Country Club, Arp was the top individual finisher among the teams that didn’t qualify for the state sectional.

So while LaGrange’s team won’t be heading to Augusta for the sectional on May 16, Arp will get the chance to compete against the state’s best golfers.

“I think that’s great for her,” LaGrange coach Thomas Crocker said. “That’ll be a great experience.”

Arp, along with Sophie Myers and Claire Alford, finished fourth in Monday’s tournament.

Columbus won the region championship with a team score of 258, and Northside (297) and Harris County (308) were next, and all three of those teams will participate in the sectional.

The region boys’ tournament was also held on Monday, and LaGrange finished fourth, and it didn’t quality for the state sectional.

“Some of them are real disappointed in how we finished today,” Crocker said. “They did pretty good on the front, but didn’t have very good backs. But kids are resilient, and they’ll bounce back. It’s part of the process for us.”

The Grangers had their share of success this season, and Crocker said everything the golfers went through this spring will help them down the road.

“We’re a young team. So we really feel like it’ll be good for us going into next year,” Crocker said. “Because everybody’s back. That’s the thing. We have very little tournament experience. So getting out here and competing gives us a chance to get better. We’re real excited about the future.”

On Monday, Grant Smith had LaGrange’s top score with an 88, and T.J. Ormsby was next with an 89.

Preston Pelham and Hudson Graham each shot a 90, John Crawford had a 94, and Juston Edmondson carded a 102.

“We appreciate Highland Country Club,” he said. “We appreciate (head professional) Todd Ormsby and the members for letting us come out here.”