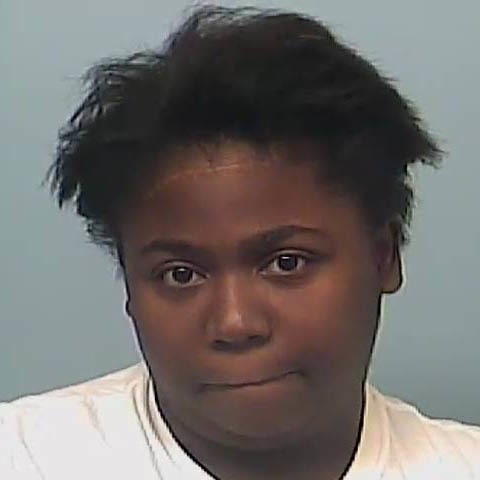 Aerka LaShaun Jones keeps her face hidden from cameras as the guilty verdict was read out loud by Superior Court Judge Dennis Blackmon. Jones was found guilty of scalding her 1-year-old baby.

http://lagrangenews.com/wp-content/uploads/sites/37/2016/04/web1_Jones.jpegAerka LaShaun Jones keeps her face hidden from cameras as the guilty verdict was read out loud by Superior Court Judge Dennis Blackmon. Jones was found guilty of scalding her 1-year-old baby.

Jones was accused of abusing her 1-year-old son in October 2014 by immersing the baby’s backside in scalding hot water with temperatures exceeding 135 degrees, according to experts brought in by the prosecution.

Jones face remained expressionless as she propped her head up with her hands while the verdict was read out loud by presiding Judge Dennis Blackmon.

According to Senior Assistant District Attorney Lynda Caldwell, the accused abusive mother was aloof and indifferent towards photos and testimony of her son’s injuries presented to the court throughout the entire trial. Caldwell said this was true even when Jones took the stand in her own defense.

“A mother sees her baby and those injuries … and there was no emotions, no tears,” Caldwell told the jury in her closing argument. ” … Any mother would be devastated … but she has never once shown any remorse. It’s all about her. She’s never once said, ‘I’m sorry. I’m sorry this happened to my baby.’ She doesn’t think this is a big deal … but to the doctors it was a big deal … and to the baby it is a really big deal.”

Dr. Richard Cartie, director of pediatric critical care at the Joseph M. Still Burn Center in Augusta, treated the 1-year-old. The baby was taken to the burn center after Jones brought him to West Georgia Medical Center for treatment.

According to Cartie, the baby sustained second-degree injuries over 6 percent of his body — mainly on his buttocks. He testified the burns were consistent with someone immersing the baby in a sink or tub of scalding water.

Jones allegedly gave two different stories of how her son was burned to each hospital attendant. The woman told physicians at West Georgia Medical Center she was ironing and the iron tipped over, spilling hot water that the baby sat in.

According to Cartie, at the Joseph M. Still Burn Center, Jones said the iron was on the window sill, the baby pulled a cord causing the iron to tip over and spill the hot water down his backside.

Jones’ defense attorney, Jeff Shattuck, said the doctor admitted he could not be completely certain how the 1-year-old was burned.

“I think one of the most honest things the doctor said was there was no way to know for sure if this was an immersion case,” Shattuck paraphrased for the jury during his closing argument on Thursday.

The defense attorney also said no one knew for sure what happened inside the home that day, except his client.

“The state has to prove the water was run and it was hot enough and she placed the child in the water,” he told the jury. “There was no direct evidence of that … there was no one there at the home to see Miss Jones do this. The state’s case is only based on circumstantial evidence.”

The jurors seemed to disagree with Shattuck and quickly returned with a guilty verdict.

After reading the verdict out loud, Blackmon stated he would not sentence Jones on Thursday. Instead he decided to wait on the outcomes of any pending mental evaluations needed for Jones.

He set a tentative sentencing date of June 29.

Blackmon also revoked Jones’ bond and remanded her into the custody of the Troup County Jail to await sentencing.

Jones did not say a word, stood up from the table and immediately walked away with Troup County Sheriff’s deputies to be handcuffed and transported to the jail.

Student art stands out at museum