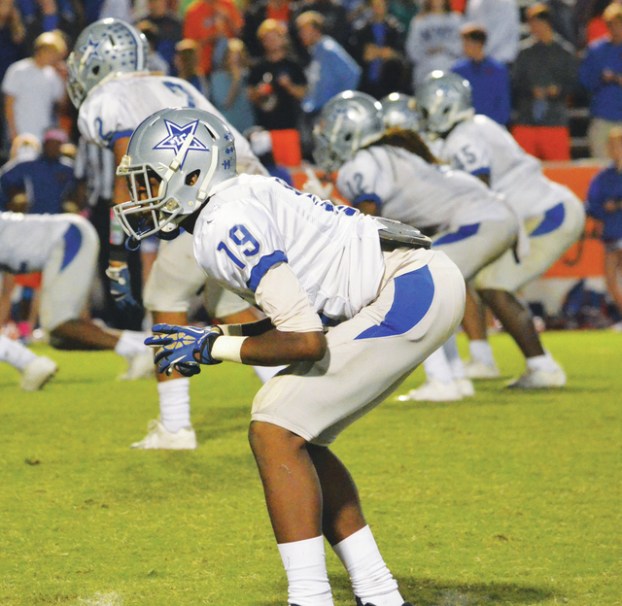 LaGrange’s Will Pauley slides safely into first base on a pickoff attempt. Kevin Eckleberry | Daily News

http://lagrangenews.com/wp-content/uploads/sites/37/2016/04/web1_LHS13-1.jpgLaGrange’s Will Pauley slides safely into first base on a pickoff attempt. Kevin Eckleberry | Daily News

LaGrange shortstop Matthew Anderson makes a throw to first for the final out of the game. Kevin Eckleberry | Daily News

http://lagrangenews.com/wp-content/uploads/sites/37/2016/04/web1_LHS1-4.jpgLaGrange shortstop Matthew Anderson makes a throw to first for the final out of the game. Kevin Eckleberry | Daily News

LaGrange’s Trevor Norris gets a lead off of first base. Kevin Eckleberry | Daily News

http://lagrangenews.com/wp-content/uploads/sites/37/2016/04/web1_LHS8-2.jpgLaGrange’s Trevor Norris gets a lead off of first base. Kevin Eckleberry | Daily News

LAGRANGE – Jake Howard didn’t want to be the odd man out.

In the first two games of the week, Howard was playing shortstop while his teammates on the LaGrange High baseball team, Jake Farrar and Ben Anderson, were pitching shutouts.

On Thursday, it was Howard’s turn to take the mound, and he went out and tossed a shutout of his own.

Howard, one of the seniors who was honored following the game, delivered a two-hit gem, and LaGrange beat Harris County 2-0 to wrap up the third spot in Region 1-AAAAA.

It has been a spectacular week for LaGrange’s pitchers, who have combined to throw 21 shutout innings in games that were all critically important.

First up was Farrar, who went the distance in a 1-0 win over Hardaway on Tuesday.

Next up was Anderson, who pitched the full seven innings in a 4-0 road win over Harris County on Wednesday.

Back in the friendly confines of Granger Park, Howard dominated Harris County’s hitters and got some stellar defensive play behind him to make it three shutouts in three days.

The Grangers came into the week not assured of even making the playoffs, but Howard said missing out on the postseason was not an option.

“We compete,” Howard said. “Coach (David) Smart always said if we’re going to be anything, we’re going to be tough. And we’ve competed like crazy this week. We weren’t going to miss the playoffs this year. Our seniors were determined to make it. We’ve had three gutsy performances in a row.”

The Grangers still have two region games to play, although the outcomes of those games won’t impact their position in the region, win or lose.

Hardaway, which has been eliminated from the playoffs, will host LaGrange today at 4:30 p.m.

LaGrange will finish the regular season with Saturday’s game at Carver.

“The exciting thing is, we’re playing well at the right time,” said Smart, LaGrange’s first-year head coach. “We just have to keep working. There are some things we need to work on. We didn’t swing the bat particularly well (against Harris). And that’s a credit to them. They’ve got some pitchers.”

Howard didn’t have much margin for error in Thursday’s game.

The Grangers scored two runs in the third inning on a Farrar base hit, and that was it.

The two runs were enough, though, thanks to Howard and the great work of the defense.

In the fifth inning, second baseman Willis Kemp made a sensational diving catch of a ball that appeared headed toward right field for a hit.

After Kemp landed, he got to his feet, and threw to first to complete the double play.

Had the ball made it to the outfield, Harris County would have had the tying runs on base.

“You don’t really know it’s happening until it’s in your glove,” Kemp said of his potential game-saving play. “It was just a reaction.”

In the sixth inning, Harris County got a leadoff single.

With one out, Matthew Anderson fielded a groundball at shortstop, and flipped the ball to Kemp for the forceout at second.

Kemp quickly got the throw off, and Farrar made the catch at first for the double play, getting the Hardaway runner by half a step.

“I just located, and let my defense work,” Howard said. “Matthew and Willis were outstanding today. Willis made a great play.”

In each of the three games this week, the Grangers have made some outstanding, highlight-type plays in the field, and they’ve also made the “routine plays” according to Smart.

“We had the diving play, and that was huge on a well-hit ball. That kind of gave us back momentum,” Smart said. “And then we had the other double play. And guys are making routine plays. It’s things that we talk about all the time, throwing strikes, and dominating the routine play, and trying to put the ball in play with line drives and ground balls.”

LaGrange produced the game’s only run-producing rally in the bottom of the third inning.

Matthew Anderson led off with a walk, and he moved up a base on Will Pauley’s sacrifice bunt before Ben Anderson walked to put two men on.

Two batters later, with men on second and third, Farrar came through with a two-run single, and LaGrange had the 2-0 lead.

The Grangers didn’t score again, although they had a couple of great chances to pad their lead.

In the fifth inning, Matthew Anderson singled, and Pauley reached on a bunt hit on a 3-2 pitch to give LaGrange two base runners with no outs.

Harris County made a pitching change, and Justin Brooks entered the game and got the next three outs without a run scoring.

Howard walked and Easterwood singled, and with one out, Cole Freeman was walked to load the bases.

Once again Brooks was up to the challenge, getting the next two outs to keep the deficit at two.

The Tigers had no answer for Howard, though.

In their final at-bat in the top of the seventh, the Tigers went down in order, and the Grangers had the playoff-clinching win.

The Grangers, since a 9-0 home loss to Harris County on March 29, have won six of their past seven games, and they have allowed two or fewer runs in five of those games.

After these next two games, LaGrange will turn its attention to the state playoffs.

LaGrange will visit the number two team from Region 4-AAAAA for a best-of-three series beginning next Friday.