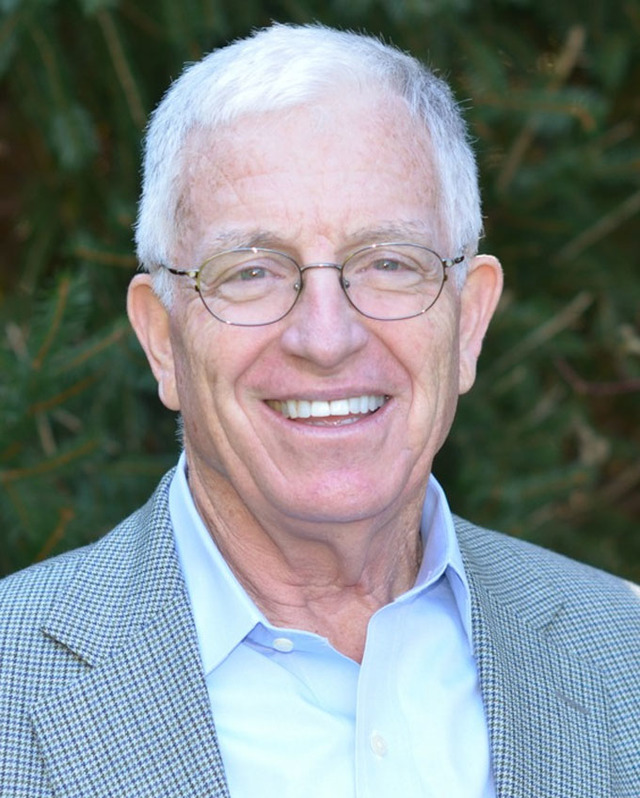 “A day will come when there will be no battlefields, but markets opening to commerce and minds opening to ideas.”

It’s a hostile world. Global economies are in a funk. Central bankers offer “free” money, yet economies stagnate. The benefits of capitalism and globalization, which have done so much to eradicate poverty and enhance living standards, are debunked.

Cyber threats menace our defense systems, electric grid as well as our aviation and banking industries. Drones, which can be used to carry explosives, threaten commercial airlines.

Failed policies in the Middle East have created a refugee crisis in Europe. The Middle East has devolved into two apparently irreconcilable camps – Shia Iran and Sunni Saudi Arabia. From the Baltic to the South China Sea, Russia and China are testing the United States.

Islamic terrorism poses threats on four continents, bringing with it — not unnaturally — xenophobic fears of Muslims. Anti-Semitism is resurgent in Europe. Amidst this fusillade, leading candidates for president of the United States are turning toward protectionism and away from globalization.

Protectionism refers not only to international trade. It was the reason behind Teddy Roosevelt’s dismemberment of “Trusts.” It is manifested in Washington, where cronyism places the interests of politicians — and their business and union counterparts — above that of the people.

Protectionism, the antithesis of free trade, inhibits growth, keeps prices high and produces stagnation. Wherever it appears, it fails the long-term economic well-being of the nation. The ghost of Smoot-Hawley should frighten us all, as its signing in 1930 preceded a downward spiral into a world-wide depression.

Former Presidential candidate Jon Huntsman once noted: “When America closes its doors, so does everybody else. We are the primary engine of growth in the world; we are the only beacon of free trade and open markets.” Amen!

The argument against free trade is that it is unfair — good jobs get lost — and that it serves manufacturers more than workers. Currency wars, it is argued, increase the competitiveness of other countries at the expense of the U.S.

While there is some truth to those allegations, the facts and consequences are more complicated. It has been said that an undervalued Chinese Yuan was behind that country’s economic boom during the 1990s. That may be right, but our economy also did well during that period and American consumers benefitted from low-priced, imported goods.

Trade deficits widened, but that is an accounting entry, not a debt obligation. Competition and reasonable regulation mean lower manufacturing costs, which translate into lower product prices, which in turn benefits consumers. And, increased incomes in exporting countries provide markets for products and services produced in the United States. Tariffs and taxes on imports would hurt, not help, consumers.

All free economies are dynamic, which means they are disruptive, as Joseph Schumpeter noted in his theory of creative destruction years ago. Would the communication revolution of the last 30 years have been possible if AT&T were still a government-protected monopoly?

To survive, businesses must adapt to changing landscapes. Consider the garment industry: Mills were once a fixture in New England towns, like the one in which I grew up. For 50 years, ending in the aftermath of the second World War, New England-based cotton and woolen mills moved south, where labor and business conditions were more favorable.

The consequence was dislocation. But, like water seeking its own level, people adapted and new businesses sprouted. It is this dynamism, with its winners and losers, that make work this system that has done so much for the world’s poor.

While most adapt, not everyone does well and change does not lift all boats. Government can help. It should provide relief where necessary. More importantly, it can ensure good schools and build infrastructure. It should demand that equality of opportunity be available to all. But, most important, government should create an environment friendly to entrepreneurs and businesses.

Government provides relief, but businesses create jobs. Government should acknowledge that competition is good and that it should be constant. Businesses compete with businesses, towns compete with towns, states with states and nations with other nations. Life is ever-changing. If it stops, it stagnates. To see the consequence of what happens when change is not permitted, look at Cuba.

Thomas Piketty, the leftist, French author of “Capitalism in the Twenty-First Century,” noted that free trade without progressive taxation will cause too much disruption and give rise to nationalistic and identity politics. But he also acknowledged: “Protectionism does not produce wealth, and free trade and economic openness are ultimately in everyone’s interest.”

We have a progressive individual tax system, but corporate tax rates in the U.S. are the highest in the developed world. And the complexity of our tax code benefits the wealthy and the largest of our businesses.

As a nonsequitur, in terms of nationalism, as we see in Europe, identity politics is not solely a function of trade disputes; it can also result from a failure to effectively confront Islamic terror and from a poorly-scripted response to the refugee crisis.

Populist candidates take on visible and popular causes, real or perceived. Jobs, or rather the lack of well-paying jobs, is one concern; another is inequality.

It is claimed that unfair trade agreements have shipped good American jobs overseas. An inundation of cheap labor from south of the border, it is said, competes with American workers, pressuring wages. Carrying the banner of the distraught and disenfranchised have been Donald Trump and Bernie Sanders, who have blamed globalization for the economic woes we face.

When Bernie Sanders recently picked up delegates in Michigan, Kansas and Colorado, Hillary Clinton veered left toward populism, toughening her stance on trade. She is now against the Trans-Pacific Partnership — TPP — a treaty she once referred to as the “gold standard.” She wants to re-do NAFTA, an agreement signed by her husband in December 1993.

As for equality, there is no such thing — and never can be — in terms of outcomes. The strong will always dominate the weak, and that is true for nations as well as individuals. The vast majority of those living in Cuba, Russia or China are only equal in the poverty of their lives.

Individual success depends on desire, effort and talent, and a government that allows people to rise, to live their dreams. Equality of opportunity is the goal we should all seek. And that depends, first, on education — a system that puts the child first and one that recognizes the value that competition, in the form of charter schools and vouchers, etc., can bring, especially to inner-city and poor, rural schools.

Victor Hugo’s ideal may never be reached; it probably never will. Nevertheless, like must goals that are elusory, like Stuart Little’s quest to save Margalo, the search is important. And that is because free trade and individual freedom are, if not synonymous, at least symbiotic. We should aim for the ideal, no matter how elusive. As Stuart noted, “… Somehow, he felt he was headed in the right direction.”

But are we headed in the right direction? I wonder. When economies undergo change, dislocation arises. And, sensing an exploitable void, guileful politicians swarm.

The abacus was retired for the calculator, and cell phones morphed into smart phones. Progress, in a free society, will not be denied. Unless a president exercises excessive powers, it will be accommodated or its advocates will ride roughshod over those who try to hold it back.

There is a role for government in all this, but it should be based on the Chinese adage: it is better to teach a man to fish, than to give him a fish. As for the question in the title, the answer is obvious.

Church columnist: Who is Lucifer?