Callaway, LaGrange on road for first round 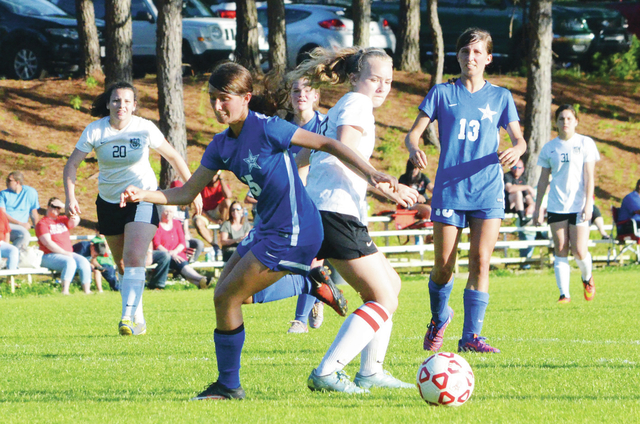 The LaGrange and Callaway girls’ soccer team, who closed the regular season against each other on Friday, will be on the road this week for the first round of the state tournament. Kevin Eckleberry | Daily News

http://lagrangenews.com/wp-content/uploads/sites/37/2016/04/web1_soccer27.jpgThe LaGrange and Callaway girls’ soccer team, who closed the regular season against each other on Friday, will be on the road this week for the first round of the state tournament. Kevin Eckleberry | Daily News

LAGRANGE – Challenges don’t come much more daunting than this one.

When the LaGrange High girls’ soccer team hits the field for its state-tournament opener on Wednesday, it will be taking on one of the top Class AAAAA teams in the state.

For much of the season, the two top-ranked teams in Class AAAAA have been Starr’s Mill and McIntosh, and those two teams just happen to be in the same region.

They met on April 15 for the Region 4-AAAAA championship, and it was Starr’s Mill winning that showdown 3-2, and McIntosh settled for second place.

McIntosh went on to complete the regular season with a 15-2 record, and it will be one of the favorites to win it all.

That’s what will be confronting LaGrange on Wednesday at 5:30 p.m. in the opening round of the state tournament.

LaGrange earned its spot at state by finishing third in Region 1-AAAAA.

The Lady Grangers are 10-7 overall and 4-2 in the region, and they’ve won five of their past six games, including Friday’s 6-0 win over Callaway in the regular-season finale.

While McIntosh will likely be the best team LaGrange has played this spring, the team has had a challenging schedule that has included powerhouses Columbus, Whitewater and Northside.

LaGrange survived that schedule to post a winning record and advance to the playoffs.

“Getting to the 10-win mark was important to us,” LaGrange head coach Andy Fritchley said. “That’s a good mark.”

Callaway High’s girls’ team will also be on the road for the first round of the state tournament.

It has been a successful season for the Lady Cavaliers, who went 7-3 in the region and made a serious run at the region title before losing a couple of close ones late.