Callaway soccer standout getting her shot 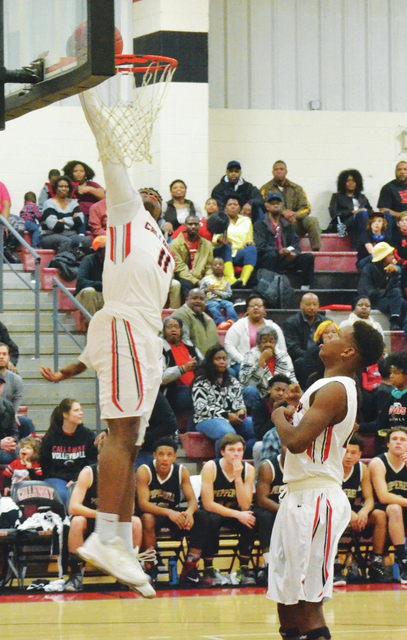 Courtney Hanner was joined by her teammates and coaches on the Callaway High soccer team during a signing ceremony on Monday. Hanner is heading to Oglethorpe University. Kevin Eckleberry | Daily News

http://lagrangenews.com/wp-content/uploads/sites/37/2016/04/web1_CHS3-2.jpgCourtney Hanner was joined by her teammates and coaches on the Callaway High soccer team during a signing ceremony on Monday. Hanner is heading to Oglethorpe University. Kevin Eckleberry | Daily News

HOGANSVILLE – She made it happen.

When Callaway High soccer player Courtney Hanner decided she wanted to play college soccer, she went out and pursued that opportunity.

Her diligence has paid off.

Hanner, a senior who has helped lead the Lady Cavaliers to a spot in the state tournament, is heading to Oglethorpe University to play soccer.

She made it official during a signing celebration at Callaway High Monday morning, and there were plenty of people there to share the moment with her, including family members, friends, coaches, teachers, and her teammates on the soccer team.

“I’m so grateful for this whole opportunity,” Hanner said.

Hanner said she “emailed lots of coaches” as she attempted to find a college home.

One of the schools that expressed an interest in her was Oglethorpe, a private school in Atlanta that plays on the NCAA Division III level.

“I went and toured the school, and we just met, and it just kind of happened,” Hanner said.

Hanner said she made her decision to try to play in college recently, and she wasn’t sure if it would work out.

“Last year was my first year playing, so I was kind of shocked that it happened,” Hanner said. “I did work for it really hard.”

“She’s always positive, always has a smile on her face, always keeping the girls motivated,” Clonts said. “She has a nice word to say to her teammates. And she’s an outstanding student, too. All the teachers love her. She’s just a good kid.”

Clonts added that “it’s a huge honor and privilege to have someone from our team signing. It’s awesome.”

Clonts believes Oglethorpe will benefit from the qualities that have made Hanner such an integral part of the Callaway team.

“Oglethorpe is gaining a very wonderful player, and I hope that you can continue the leadership that you’ve given to our team on to their team,” Clonts said. “I know that you will.”

Hanners and her teammates will look to keep their season alive on Friday when they visit Morgan County in the first round of the Class AAA state tournament.

OF NOTE: For more photos from Monday’s signing ceremony, check out facebook.com/LDNsports