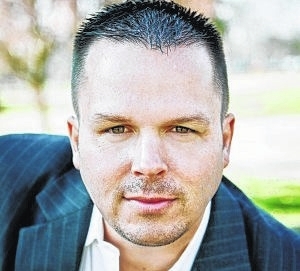 I’d struggled mentally, physically, and emotionally for quite some time when in early December I finally swallowed my pride and went to the VA in Tuskegee. When I returned from my last deployment five years ago, I went to the VA in Birmingham and had a negative experience with my doctor on my initial visit and never returned. My experience in Tuskegee was very different from the start.

The enrollment clerk was very pleasant, and the first available appointment just happened to be the very last slot on Christmas Eve. I truly believe that was a gift from God. That was a sign.

I really liked my doctor. When I walked into his office, the first words out of his mouth were “War Eagle.” I was wearing an Auburn jacket. Our relationship was off to a great start.

He’d spent 10 years as a flight surgeon in the Air Force. Whether I told him about my migraines, my sleep issues or my allergic reactions to ‘Bama fans, he was there to help me. Unlike the guy in Birmingham, he actually cared.

His name was Dr. Canfield, and he would have been my primary care physician from that point on, but he was getting ready to retire from the VA. As far as I know, that was his last day of work. Perhaps it wasn’t, but it was the last time I saw him.

I’m just glad I got into the system with him. That was a sign of good things to come. He told me he was opening a private practice in Auburn. I wish I’d gotten his number.

Two months later, after years of procrastination, I visited the Veterans Service Office at the Lee County Courthouse in Opelika. If I was just looking for a check, I would have been there years earlier, but after all my years of service including three tours in Iraq, it was time.

The aches and pains, mental and physical, were almost too much to bear at times. Some of my peers had begged and pleaded for me to go. I had a great meeting with the veterans service officer and had actually met him years ago before he held this position. That, too, was a good sign.

Later, I drove through downtown Opelika and stopped at Dorris Sign Co. to talk to my friend LaGina about having T-shirts made. I believe in figurative signs, but they believe in literal signs. It’s what they do, and they do a great job. We looked at different colors and different styles, and then she pointed at one hanging on the far end of the wall.

I walked down to take a look. It was a nice T-shirt, but that’s not what caught my attention. I looked down on the table in front of me. It was a sign — literally and figuratively. It was the only sign there, and it could have been made any day in the past or any day in the future.

In fact, I don’t know when it was made. The only thing I know is that I didn’t have to stop that day and he could’ve used any sign company in the area. The sign was for Dr. Canfield. It also had his phone number.

I believe in signs, and I’m getting better every day.

By Sydney M. Williams Contributing columnist http://lagrangenews.com/wp-content/uploads/sites/37/2016/04/web1_WilliamsSydneyRGB-4.jpg “A day will come when there will be no battlefields, but markets opening... read more