It’s been a special season for Tigers 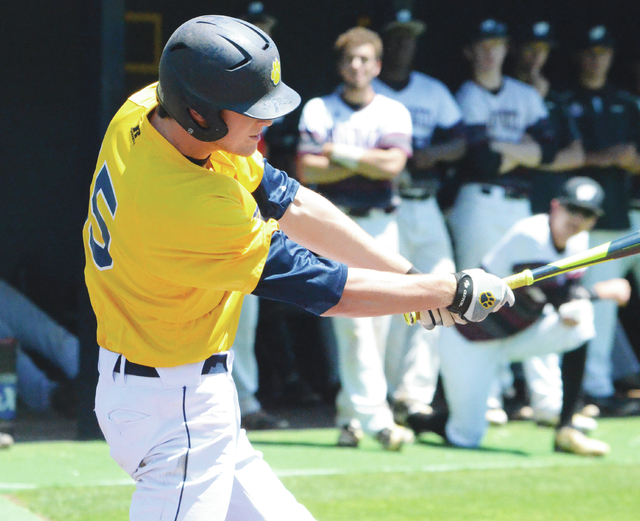 Troup’s Miles Cameron slides in safely with one of his team’s 15 runs during Saturday’s 15-0 victory over Whitewater. Kevin Eckleberry | Daily News

http://lagrangenews.com/wp-content/uploads/sites/37/2016/04/web1_troup2-2.jpgTroup’s Miles Cameron slides in safely with one of his team’s 15 runs during Saturday’s 15-0 victory over Whitewater. Kevin Eckleberry | Daily News

Troup’s Brandon Gay gets ready to make contact during Saturday’s win over Whitewater. The victory put the cap on a 21-5 regular season. Kevin Eckleberry | Daily News

http://lagrangenews.com/wp-content/uploads/sites/37/2016/04/web1_troup1-3.jpgTroup’s Brandon Gay gets ready to make contact during Saturday’s win over Whitewater. The victory put the cap on a 21-5 regular season. Kevin Eckleberry | Daily News

Colby Darda had one of his team’s many hits during Saturday’s game. Kevin Eckleberry | Daily News

http://lagrangenews.com/wp-content/uploads/sites/37/2016/04/web1_troup19-1.jpgColby Darda had one of his team’s many hits during Saturday’s game. Kevin Eckleberry | Daily News

LAGRANGE – When the Troup Tigers and Whitewater Wildcats closed the regular season against each other a year ago, everything was on the line.

It was a winner-take-all showdown, with the championship of Region 5-AAAA up for grabs.

It was a thrilling game, with Whitewater hanging on for a 4-3 win to deny Troup the region title.

Flash forward a year, and things were a bit different.

By the time the two teams played on Saturday in the regular-season finale, Troup had already wrapped up the region championship.

Also, unlike a year ago, there was no suspense in the game.

Troup needed just three innings to dispatch Whitewater 15-0, putting the finishing touches on a phenomenal regular season, one of the best in school history.

Troup will now try to chase down a state championship, and it will begin that journey on Friday when it hosts Madison County in a first-round playoff series.

The Tigers head to state having won the program’s first region championship since 1995, and they did it with ease.

Troup went 14-1 in the region, and it finished five games ahead of the second-place teams, Woodward Academy and Carrollton.

While the Tigers have loftier goals in mind, they’re still happy to bring the program the long-awaited region title.

“It was real special,” senior center fielder Miles Cameron said. “We’ve been working hard. It was one of my goals this season to win the region. To accomplish that, it’s pretty good, but we’re not done yet.”

Troup was also eager to get another shot at Whitewater after what happened a year ago.

Whitewater took two-of-three from Troup in the final week of the regular season, and it was an emotional series.

“We really wanted to make a statement for this year,” Turner said. “It ended up Whitewater wasn’t as good as we thought they were going to be, but it didn’t matter.”

Overall, the Tigers went 21-5 in the regular season, which is particularly impressive considering the difficulty of the schedule.

In the MaxPreps rankings, which takes difficulty of schedule into count, the Tigers are ranked third in Class AAAA, even though there are a handful of teams behind them with better records.

The Tigers have won eight consecutive games since returning from the IMG National Classic, and they’ve won 17 of their past 18 games against teams from Georgia.

The Tigers have had some competitive games during their hot streak, but Saturday’s game was not one of them.

Troup scored four runs in the first inning to take the lead, and it added five more runs in the second inning before finishing it with six runs in the third.

Colby Williams and Brandon Gay each had a hit and an RBI, and Payton Upchurch, Tavorous Truitt and Jarred Helton each drove in runs.

Halcomb was dominant on the mound, giving up two hits while striking out four.

After Whitewater was retired in the top of the first, Halcomb set the tone in the bottom of the inning when he walked and stole two bases before scoring the game’s first run.

Later in the inning, Cameron drove in a run with an infield single, and Williams had a sacrifice fly to bring in another run.

The second inning began in familiar fashion, with Halcomb reaching on a leadoff walk to jump-start a five-run rally.

Turner had the big blow in the inning, a two-run single.

Truitt had an RBI double, and Cameron drove in a run with a sacrifice fly.

Halcomb struck out the side in the top of the third, and Troup ended the game with six runs in the bottom of the inning.

Cameron capped his big day with a two-run single, Williams had an RBI base hit, Upchurch and Truitt walked with the bases loaded to drive in runs, and Helton had a sacrifice fly to bring in the game’s 15th and final run.

With that, the regular season was in the books, and the Tigers officially crossed over into postseason mode.

“I’m excited,” Turner said. “I think I’m more excited this year, than any other year we’ve gone to the playoffs.”