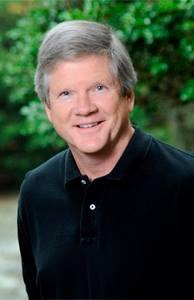 LaGRANGE — Jameson Gregg will read from his award-winning book, “Luck Be A Chicken,” at 6:30 p.m. Tuesday, May 3, at LaGrange Memorial Library.

He is the final speaker in this year’s Friends of the Library Author Talk series.

Before committing to his passion for writing full time, Gregg practiced business and real-estate law for 20 years in the Brunswick and St. Simons Island area. Earlier he was catcher for his youth Georgia baseball state championship team, was the Ole Miss intramural handball champion and held offbeat college jobs like deck hand on a Mississippi River tugboat, traveling circus promoter, taxi driver and iceman in a chicken plant.

Those experiences gave him insights into creating characters for his picaresque novel “Luck Be a Chicken,” which was a 2015 winner in the Georgia Author of the Year Awards.

The main character, Butterbean Sweat, lives with his wife, Ruby, in the Garden of Eden Trailer Park. Bean is a burly ‘’good ol’ boy’’ and slob extraordinaire sailing through life as a philosopher, clown prince and champion to his fellow chicken plant workers of the Majestic Chicken Company. He loves his beer, pickup trucks, NASCAR and deer hunting.

Ruby styles hair in her leopard leotard in her unlicensed beauty parlor, Ruby’s Curl Up ‘N Dye, in an abandoned Airstream attached to their singlewide mobile home. Their baby daughter, Lil’ Bit, desperately needs an operation that insurance won’t cover. Son Junior is a roly-poly copy of Dad.

Though a satirical and comic novel at heart, the Sweats’ life of generational poverty — a condition above which they will never rise — resonates in tragedy. Viewing life through the lens of humor is their ultimate salvation, at least here on earth.

George Weinstein, author of “Hardscrabble Road” and “The Five Destinies of Carlos Moren,” said “Luck Be A Chicken” will appeal to fans of John Kennedy Toole’s cult classic “A Confederacy of Dunces.”

Another reviewer, William Rawlings, author of “A Killing on Ring Jaw Bluff,” said, “with Luck Be A Chicken, author Jameson Gregg has penned a masterful work of comedy, taking the reader on a hilarious romp through rural south Georgia, a landscape populated by unforgettable characters inhabiting a world that lies on the periphery of mainstream America.”

The talk at 115 Alford St. is free and open to the public.