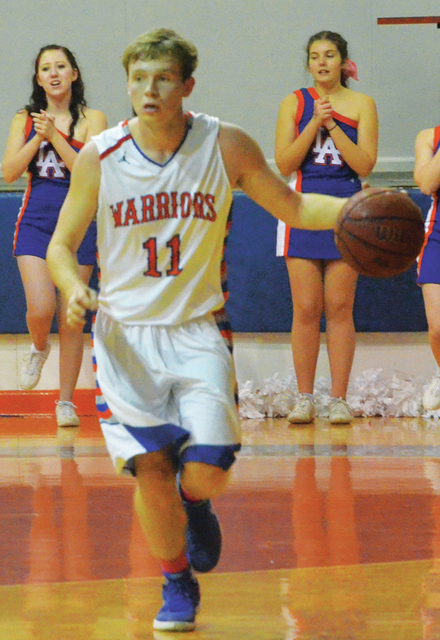 LAGRANGE – They know they’re going to be in the state playoffs.

The goal now for the LaGrange Academy Warriors is be at home when the GISA state baseball tournament gets under way.

LaGrange Academy will have two chances to make that a reality.

If LaGrange Academy loses today, it will play Brandon Hall on Friday in a one-game playoff to determine the region’s second-place finisher.

LaGrange Academy tuned up for today’s critical game against Flint River by thumping Oak Mountain 15-0 on its home field on Tuesday.

In a game that lasted just three innings because of the run rule, Colby Heath and Payton Barr combined for the shutout, and everyone in the lineup contributed to the offensive onslaught.

The Warriors have been playing well of late to earn a playoff spot, and they’ll look to keep it going today against a strong Flint River team that has won the region title.

“That’s the biggest thing that I’ve seen is the improvement of everybody, not just one or two kids, but the whole team,” LaGrange Academy coach Brandon Lybrand said. “The whole team came together during the Brandon Hall game last Tuesday. They really gelled, and we’re becoming that team that we think they can be. That’s been a big positive in the last couple of games. Everybody is contributing and doing what they need to do.”

In Tuesday’s game, Heath got the start, and he pitched two innings and gave up two hits and had four strikeouts.

Barr threw the third and final inning, and he struck out the side.

At the plate, Mason Brown and Jake Keeble were each 3-for-3 with a double, Riley Hess, Jack Keating, Evan Smith and Nick Keating each had two hits, and Zach Callaghan was on base twice.

“Hopefully that’ll really give us some confidence going into tomorrow against Flint River,” Lybrand said. “We were real pleased with our pitching and our offense. We’re really hitting our stride.”