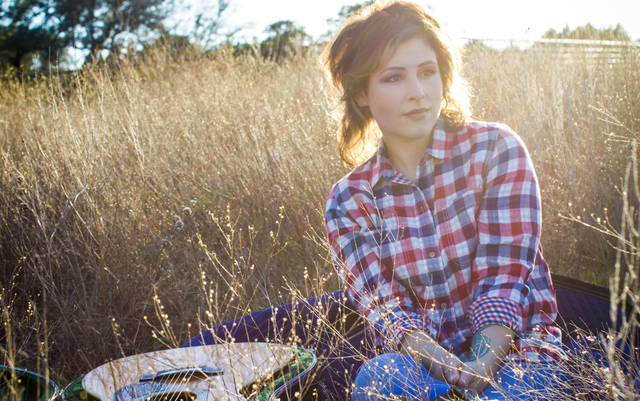 The C4 — Carla’s Cancer Crushing Crew — team poses for a photo. The team raises money and walks for H.O.P.E. — Helping Other People Endure — for a Day. C4 was founded by the late Carla Lee White who was diagnosed with stage 4 metastatic ductal carcinoma in 2009 and passed away in February.

http://lagrangenews.com/wp-content/uploads/sites/37/2016/04/web1_C4-group-pic.jpgThe C4 — Carla’s Cancer Crushing Crew — team poses for a photo. The team raises money and walks for H.O.P.E. — Helping Other People Endure — for a Day. C4 was founded by the late Carla Lee White who was diagnosed with stage 4 metastatic ductal carcinoma in 2009 and passed away in February.

Peacock gave her time in September and sang at the H.O.P.E. for a Day walk during Paint the Town Pink, a communitywide celebration of survivorship and a day of breast cancer awareness. This year she is giving partial proceeds to the C4 team in a concert and CD release party benefit.

Peacock is a country-rock performer whose soft, sultry ballad “Hurricane” won best song in the 2014 American Songwriting Awards. Her song “Beautiful” was a winner in the 2014 International Unsigned Only Competition. In 2013, Peacock was named Listening Room Network’s Artist of the Year.

Peacock has recently shared stages with Gary Allan, Nitty Gritty Dirt Band, Paul Thorn, Radney Foster and Hal Ketchum. She has received endorsements from Taylor Guitars and DR Strings, and she has just come out of the studio from her latest project, “Dream On,” which is set to release May 10.

“Dream On” is an acoustic collection of songs including her anti-bullying anthem, “The Cool Kids.” Peacock will have a soft release party at the benefit Saturday and will be available for photos and CD signings.

C4 — Carla’s Cancer Crushing Crew — is a team that raises money and walks for H.O.P.E. — Helping Other People Endure. C4 was founded by the late Carla Lee White who, at age 35 in August 2009, was diagnosed with stage 4 metastatic ductal carcinoma. The disease had metastasized to her liver and bones. She would go on to be a spokesperson for awareness and early detection, provide support, direction and council to many, and diligently recruit individuals to become members of the C4 team.

The C4 team quickly became the largest fundraising group to benefit H.O.P.E. for a Day and annually awards two scholarships to students attending LaGrange College — White’s alma mater — who have been personally affected by cancer.

White lost her battle with breast cancer on the morning of Feb. 5. Now her team, C4, is continuing the fight in Carla’s name with the concert, benefit and album release party Saturday.

“I am really happy to be helping support the C4 team and their efforts in the community,” said Maggie McDonald, owner/operator of Pure Life Studios. “Although I only knew Carla through my son, I am very aware of her struggles. This is the team’s first fundraiser without their fearless friend, and I hope the gathering brings community and comfort to all.”

The concert to be held at Pure Life Studios, an acoustic listening room at 206 Clark St. in LaGrange.

Doors open at 6:30 p.m. and the show begins at 7:30 p.m. The concert is a $25 cash donation at the door or tickets are available at Stephens Printing, Plum Southern and Elliebelles.

Boys Backyard Grill will have food available for an $8 cash donation.

Outside drink is welcome. To reserve a seat or for more information about the concert, visit Pure Life Studios on Facebook, contact Maggie McDonald by email at maggie@purelifelagrange.com or text 706-443-4838.