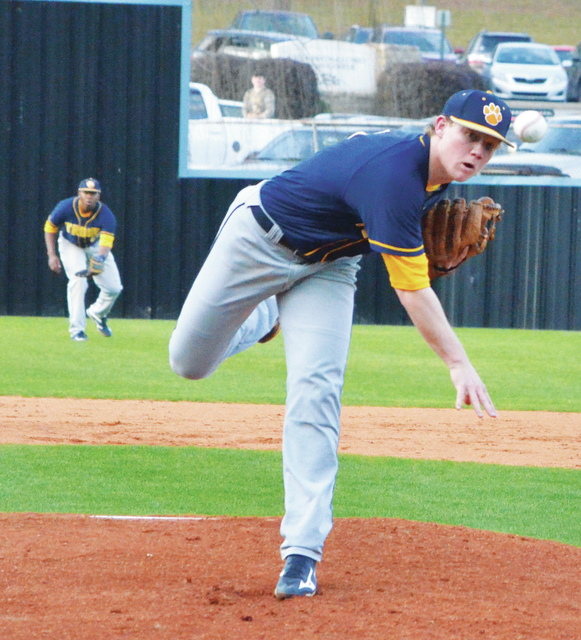 In the history of the Troup High baseball program, a trio of pitchers have reached the 10-win mark.

Today, Turner has an opportunity to become the fourth Troup pitcher to make it to that milestone.

Turner will take the mound for one of today’s two games against Madison County in the opening round of the Class AAAA state playoffs.

Turner said it “would mean a lot” to reach 10 wins, and if recent history is an indicator, he’ll have a great chance to make it happen today.

Turner has pitched in 10 games this season with eight starts, and he is 9-0 with a 1.68 earned run average.

Turner leads the team with 41 2/3 innings pitched, and he has limited his opponents to 28 hits, and he has 49 strikeouts.

He’s coming off arguably his most dominant performance of the season.

In a 6-2 win over Whitewater last week, Turner threw six scoreless innings, giving up four hits while striking out seven.

“Late in the season, I’ve started to feel better,” Turner said. “(Last week’s game), I felt like last year when I felt a lot more in control. I hope that continues through the playoffs.”

Referring to the Whitewater game, Troup coach Craig Garner said Turner “looked as good as he has all year,” which could spell trouble for Madison County today.

If Turner were to falter, Troup has two other outstanding senior pitchers who have been overpowering opposing hitters as well.

Senior left-hander Payton Upchurch has been sensational all season, posting a 5-0 record with a 1.23 earned run average, and he has 28 strikeouts in 34 innings.

Senior right-hander Bo Halcomb has been close to unhittable with a 4-1 record, and he has given up just two earned runs in 32 innings for a 0.43 ERA.

“Anybody that comes in, you feel like they can get outs,” Turner said. “In years past, it felt like once you got down to a certain point, it was a little iffy. This year, we’ve got the same defense, and we’ve added pitching, and people have been stepping up big time this year. So I’m feeling really good about it.”