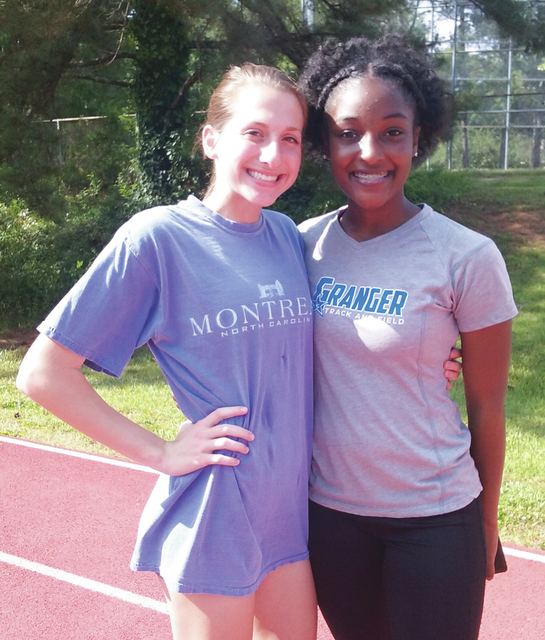 LaGrange High’s Sam Bowie runs in a cross-country meet last fall. Bowie won the 3,200-meter run and finished second in the 1,600-meter run at the Region 1-AAAAA track and field meet to qualify for the state sectional. Contributed photo

http://lagrangenews.com/wp-content/uploads/sites/37/2016/04/web1_bowie.jpgLaGrange High’s Sam Bowie runs in a cross-country meet last fall. Bowie won the 3,200-meter run and finished second in the 1,600-meter run at the Region 1-AAAAA track and field meet to qualify for the state sectional. Contributed photo

LAGRANGE – LaGrange High’s Sam Bowie would love to cap what has been a spectacular high-school career with a state championship, but he’s realistic.

Bowie’s speciality is the 3,200-meter run, and there aren’t many men in the state who have posted faster times than him in that event.

One of those people just happens to run in Class AAAAA along with Bowie, though.

Jake Shewbert of Flowery Branch is the favorite to win the 3,200, and he won the Region 8-AAAAA competition with a time of 9:06.

Bowie raced to the Region 1-AAAAA championship in the 3,200 with a time of 9:38, although he has had better times than that this season.

Bowie and Shewbert will both be competing in Class AAAAA state sectionals today, although they won’t be running against each other.

Bowie will be competing in a sectional at Starr’s Mill, and Shewbert will be in Conyers.

Those two, barring an injury situation, will make it through today’s sectional, and they’ll share the track in two weeks at the state finals in Jefferson.

Bowie said Shewbert is the class of the field in the 3,200, and that everyone else is likely racing for second.

“He’s a good friend with me,” Bowie said. “We’ve been talking about state, and he’s going to try to break nine minutes. I was like, more power to you. I think he’s going to get it. I hope he does, actually.”

Bowie will also be competing in the 1,600-meter run in today’s sectional after he finished second in that event at the region meet with a time of 4:28, nine seconds behind Jonathan Myrthil of Northside.

Bowie’s best time of the season in the 3,200 came at the Taco Bell Classic a few weeks ago when he had a personal-best time, and he felt like he had more to give.

“At the Taco Bell Classic, I had a (personal record) there. I ran a 9:24,” Bowie said. “That was awesome, and I felt like I had a lot more gas left in the tank for the rest of the season.”

At last year’s state finals, Bowie finished sixth in the 1,600 and ninth in the 3,200, and he’ll be looking to improve on those finishes in two weeks.

When Bowie’s time as a high-school runner ends, he’ll be heading to Georgia Tech where he’ll run cross country and track and field.

Bowie is hoping to reunite with former teammate Jonathan Pelham, who is running track at the University of Georgia.

“I was joking around with the (Georgia Tech) coach,” Bowie said. “My main objective is to beat Jonathan Pelham.”

LaGrange’s other distance-running standout is junior Alaina Tomlinson, who will also be competing in the 1,600 and the 3,200 at today’s state sectional.

At the region meet, Tomlinson left the competition in the dust in the 3,200.

She had a time of 11:52, which was 20 seconds faster than the second-place finisher, Alina Salgado of Columbus.

Tomlinson was third in the 1,600 at the region meet, with her time of 5:38 leaving her seven seconds behind the first-place finisher, Hope Skypek of Columbus High.

As a sophomore, Tomlinson was sixth in the state in the 3,200, and she feels she is even stronger in that event this year.

At the state finals, the 1,600 and the 3,200 will be held on separate days, but that won’t be the case at the one-day state sectional.

After running the 1,600 in the morning, the runners will have to compete in the 3,200 in the afternoon.

“It’ll be a challenge for them to be on the same day,” Bowie said. “It’s hot, especially at Starr’s Mill because it’s a black track.”