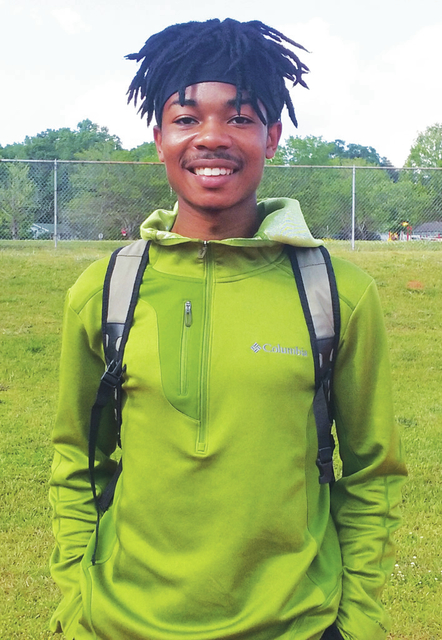 LaGrange High’s Chris Ford will participate in the state sectional after finishing second in the 110-meter hurdles at the region meet. Kevin Eckleberry | Daily News

http://lagrangenews.com/wp-content/uploads/sites/37/2016/04/web1_track3-1.jpgLaGrange High’s Chris Ford will participate in the state sectional after finishing second in the 110-meter hurdles at the region meet. Kevin Eckleberry | Daily News

LAGRANGE – Led by a trio of region champions, LaGrange High’s track and field team is hoping to enjoy a successful stay at the state sectional that will be held at Starr’s Mill High in Fayetteville today.

There will be athletes from four regions represented at the sectional, and there will be 16 competitors in each event.

The top eight finishers in each event will qualify for the state finals that will be held in the coming weeks.

LaGrange will be well-represented in the state sectional after a strong showing at the Region 1-AAAAA competition in Harris County.

Among LaGrange’s competitors today are Sam Bowie (3,200-meter run), Alaina Tomlinson (3,200) and Tobias Spence (high jump), each of whom won an individual title at the region meet.

A number of other LaGrange runners also finished in the top four at the region meet to make it through to the sectional.

Among LaGrange’s sectional participants is Chris Ford, who earned his spot with a stellar performance in the 110-meter hurdles at the region meet.

In the region finals, Ford came through with a time of 16.13 seconds to finish second, placing him just ahead of teammate Kadarius McCauley, who was third.

Ford and McCauley both qualified for the sectional.

For Ford, it was a better-than-expected result.

“I did not expect to finish second,” he said. “I hoped to finish top four, but not in second place, though.”

Ford has put in the work to reach this point.

The junior has devoted about 10 years of his life to running track, and he has made the hurdles his specialty.

The hurdles is a demanding event, combining running and jumping, and Ford enjoys the challenge.

Ford didn’t qualify for the state sectional a year ago, so he’s happy to get the chance this year.

“I’m really excited about Saturday,” he said. “I’m improved from my ninth-grade year, overcome a hamstring tear. I’m excited I made it this far. I hope I qualify to go to state.”

On the girls’ side, freshman WaWa Benn surprised herself by qualifing for the sectional in the 100-meter hurdles.

She made it by finishing fourth at the region meet with a time of 17.82 seconds, just a fraction ahead of the fourth-place finisher.

That was good enough to move Benn through to the sectional.

“This is my first year (competing in the hurdles),” Benn said. “I’ve never done that before.”

The next challenge will be trying to qualify for the state finals, which could be difficult, but Benn knows no matter what happens she’ll have three more years to run track at LaGrange.

Another LaGrange hurdler heading to the sectional is Zakeria Staples, who earned her spot by finishing third at the region meet with a time of 49.99 seconds in the 300-meter hurdles.

When Staples was in middle school, she ended up running a hurdles event at the last moment, and she’s been doing it ever since.

“I love the hurdles,” she said. “I’ve been doing it for two years, since middle school. I wasn’t supposed to do it, but they substituted me in, and I did it.”

During the preliminary race, Staples posted the fifth best time, so she knew she needed to improve on that to advance.

“I was ranked fifth before the finals, so I just had to beat one girl,” she said. “I didn’t think my time was going to be good enough, but it was.”

LaGrange’s top sprinter is freshman Annaya Chelcy, who finished second in the 100-meter dash and fourth in the 200-meter dash at the region meet while also helping the 400-meter relay team place qualify.

In the 100 finals, Chelcy ran with the race winner most of the way before coming up just short at the end.

In the 400 relay, Chelcy runs the anchor leg, and her strong finish helped LaGrange place third.

Today, Chelcy will run in the biggest race of her young high-school career, and she doesn’t figure nerves will be a problem.

“I’m pretty much focused,” she said. “I don’t get too nervous, maybe a little right before the race.”

Another sprinter standout for LaGrange is Demia Mitchell, who runs the third leg on the 400 relay team.

Mitchell said participating in a relay event is about a lot more than just running fast.

“It’s a lot of work,” she said. “Making sure you’re leaving on time, not dropping (the baton), working on your speed, the exchange, the curve. It’s everything.”

One of the most important aspects of the relay is getting the exchange right.

If a runner drops the baton, the team is disqualified.

Beyond that, teams work on making sure to pass the baton off without the lead runner having to slow down.

Tyana Griffin runs the leadoff leg for the relay team, and Jada Grant is second before Mitchell and Chelcy finish things off.

Among LaGrange’s other sectional qualifiers are Grant, who made it through in two individual events after finishing third in the long jump and third in the triple jump.

Grant, a freshman, will be competing in three events today including the 400 relay.

Also for LaGrange, Eric Emory made it through in the high jump with a stellar second-place finish, and she came up just short of winning the event.

Santela Sparks of Columbus High won it with a jump of 5-feet-2-inches, and Emory cleared five feet.

On the boys’ side, senior Jeremiah Wright is headed to the state sectional after a stellar third-place showing in the triple jump at the region meet.

Senior Emmanuel Mann is headed to the state sectional after finishing third in the discus at the region meet, and Spence followed up his win in the high jump by placing fourth in the triple jump to qualify.

Bowie and Tomlinson, in addition to their wins in the 3,200, qualified for the sectional in the 1,600.