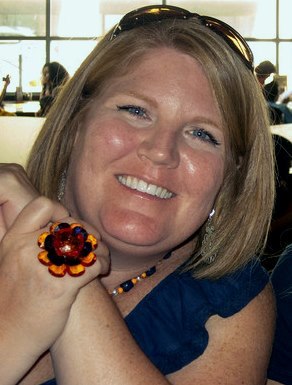 Ashley Reed of LaGrange was selected as the winner by random number drawing and received two tickets to see Nelson on May 29, courtesy of Sweetland Amphitheatre.

“We want to thank everyone in the community for making our reader satisfaction survey a success,” said Jeff Parra, Daily News publisher. “Sweetland Amphitheatre played a major part in making this successful by donating the tickets. There were some great suggestions — some we’ve already put into place, and others we’re looking forward to implementing in the near future.”

Most people read the Daily News once a day both online and print, according to the survey, and most of the readers — 54 percent — are between the ages of 50 and 69. Women are more likely to read the newspaper, with 65 percent of respondents saying they are female and 35 percent male.

Open-ended responses to the question, “How would you improve LaGrange Daily News?” were extremely varied and ranged from people saying, “don’t fix it if it ain’t broke,” to “needs more feel good stories.”

Many respondents said they thought too much crime was covered in the newspaper and several said they wanted to see more local editorials and columnists.

“Do more real investigative reporting,” one respondent wrote. “… Some real hard hitting stuff. More information about upcoming events in our city, not just reporting on it after. Look into the school system and the failures of the administrations … look into how and what they are spending our tax dollars and SPLOST (special-purpose, local-option sales tax) money on.”

A third respondent wrote, “I really think LDN is vastly improved from a few years ago. The articles are more interesting, the grammatical errors are far less, and it seems like an overall edgier and more investigative news source. Kudos!”

Although the drawing for Sweetland tickets is over, the survey will remain open through Saturday.

“In the coming weeks, we’ll be combing through the survey responses and looking at how we can incorporate suggestions into the newspaper,” said Parra, the newspaper’s publisher. “At the end of the day, this newspaper belongs to the community, and we want to be a reflection of the people we serve.”