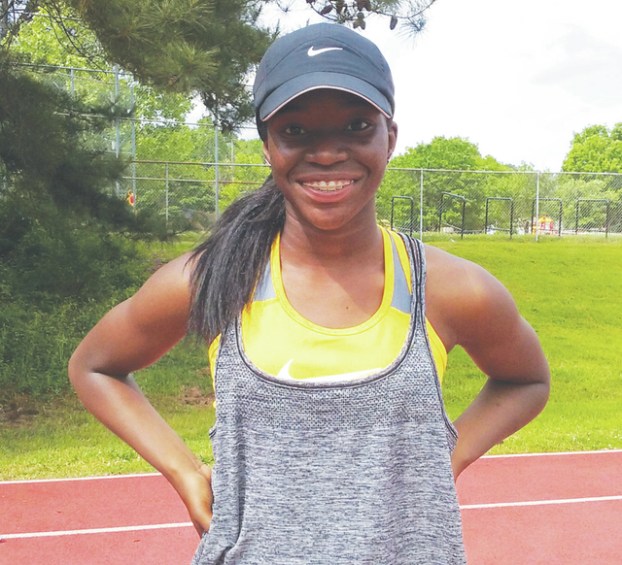 LAGRANGE – It has been a record-breaking freshman season for LaGrange High’s Jada Grant.

Earlier this spring, Grant set the girls’ school record in the long jump when she soared 17 feet, eight inches.

At last weekend’s state sectional at Starr’s Mill, Grant broke her own record by two inches, and that allowed her to earn a top eight finish and qualify for the state finals in Albany.

Grant, along with teammate Erica Emory, will compete today, and they’ll both be looking to finish in the top six to earn a place on the podium and bring home a medal.

Grant came into the season with the goal of breaking the school record in the long jump, and she did that early on, and she has continued to thrive.

At the Region 1-AAAAA competition in Harris County, Grant had a jump of 17-2, and that was good enough for a third-place finish which qualified her for the state sectional.

As Grant prepared for the sectional, she said her goal was “to get to 18 feet.”

She came up just short of that, but Grant finished seventh, and that secured an invitation to the state finals.

“It was a good feeling,” Grant said of making it to Albany. “Not a lot of people get to experience that as a freshman. I’m very excited about it.”

Grant also competed in the triple jump at the state sectional, and she finished 13th in that event.

Grant will be joined in Albany by Emory, who had a stellar performance in the high jump at the state sectional.

Emory, a senior, had a jump of 5-2, and that was good enough for a third-place finish.

Emory finished second in the high jump at the region meet to qualify for the sectional.

The boys’ state finals will be next week in Jefferson, and LaGrange’s Sam Bowie (3,200-meter run) and Jeremiah Wright (triple jump) will be competing.