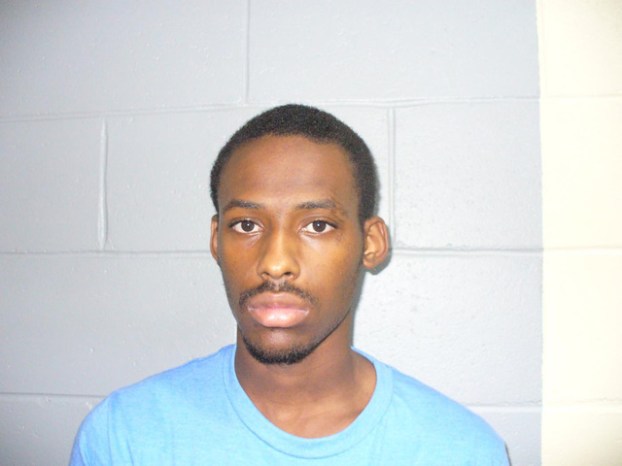 LaGRANGE — Agents with the U.S. Marshals office and LaGrange police investigators swooped in on a home off Ragland Street Friday just after 2:30 p.m. and captured one of the county’s most wanted criminals.

Capt. Kevin Carter, patrol commander of the West Point Police Department, stated the two agencies were serving a search warrant on a home when they found Brooks.

Brooks’ girlfriend, who was not identified as of press time, was also arrested Friday afternoon at the scene, Carter said.

She was charged with giving false information and aiding and abetting a criminal.

Brooks is one of two men accused of shooting two people during an attempted armed robbery in the 1100 block of Avenue I about 10 p.m. on March 14.

The victims met with Brooks and Kwame Marquez Trammell, 25, to allegedly buy some marijuana, Carter said.

Brooks and Trammell then attempted to rob the man and woman while they were inside their car, Carter stated. The driver tried to leave and the suspects opened fire on the vehicle, said Carter.

Investigators stated the woman was shot once in her right upper thigh and hip area. The man was struck by bullets in his right hand and in the right side of his face.

Both victims were treated at local hospitals.

Carter stated both victims are cooperating with police.

Trammell is still on the run, Carter said. He is described as African-American with black hair, brown eyes, about 5-foot-11 and weighing about 155 pounds.

In another incident, West Point Police also arrested two suspects who are believed to have a connection with the city’s latest shooting.

Carter said Stefone Pernell Stafford, 20, and Yolanda Renae Johnson, 39, both of West Point, were arrested Wednesday as investigators executed a search warrant on a home on East 13th Street.

When detectives went through the residence, they discovered a stolen firearm, marijuana and Hydrocodone.

On May 1 about 5 p.m., West Point police officers received a call for shots fired in the area of East 12th Street, Carter said.

He stated the victim later showed up at WellStar West Georgia Medical Center with a gunshot wound to the arm.

The victim told WPPD investigators he was leaving his grandmother’s house when someone started shooting at him.

Investigators learned the shooting suspect, Tabius Heard, 23, of West Point, may have been with Stafford at his home on East 13th Street less than a minute before the incident occurred East 12th Street, Carter said.

Heard has not yet been caught.

Anyone with any information on either incident or who may have spotted the suspects is asked to call the West Point Police Department at 706-645-3525 or the Troup County Crime Stoppers at 706-812-1000.