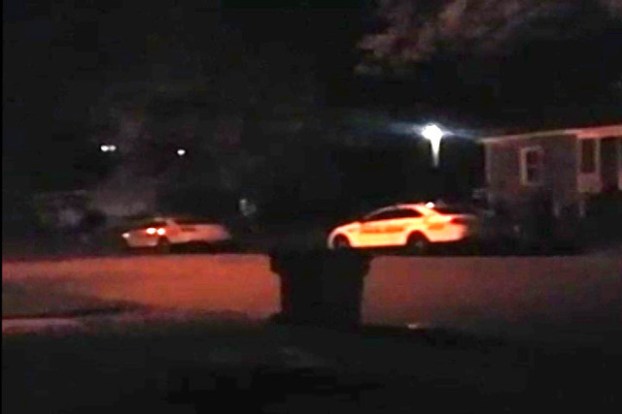 LaGRANGE — One man received quite a surprise after he walked into the wrong house in the 1000 block of Truitt Avenue about 1:30 a.m Friday after a night of drinking.

The homeowner told officers he was asleep and woke up when he heard someone trying to open the front door, said LaGrange Police Sgt. Marshall McCoy.

He said then the person opened the back door, which was unlocked.

The homeowner grabbed his rifle when he saw a man’s silhouette in front of the house, McCoy stated.

The homeowner told the man to leave the residence several times, he told police. When the man did not, the homeowner fired two gunshots into the floor.

The suspect then ran into the bathroom, he told LaGrange police.

The homeowner told police he asked the intruder to leave one more time and when he still did not move, he fired another warning shot into the air and called 911, McCoy said.

The homeowner then walked outside where he met several LaGrange police officers and told them the suspect was still inside the residence.

Across the street and a few houses down the block, a neighbor, whom only wanted to be identified as Gene, said he was woken up by the commotion.

“I was in bed and it sounded like someone was hitting my window,” he explained. “Then I heard, ‘Pow, pow, pow.’ I was too scared to go out there, but I peeked outside and I saw a bunch of police cars come flying up the street with no lights on.”

Gene stayed inside and filmed some of the action along Truitt Avenue as LaGrange police officers detained a man on a sidewalk near his home.

Officers were able to talk the suspect out of the house, McCoy stated. He added the man smelled strongly of alcohol and immediately became belligerent with police officers and neighbors who walked outside to see what the disturbance was about.

After all the commotion, he was worried another suspect was still on the loose, Gene said.

“I didn’t know if they (police) got the right guy or if he was in my backyard,” he explained. “But the officers said they got the suspect and he was a little banged up … it just shakes you up when this kind of stuff goes on near your home.”

McCoy said the suspect was arrested and charged with disorderly conduct, public intoxication and criminal trespass — all misdemeanors — and was transported to the Troup County Jail.

The suspect lived next door to the victim, McCoy said.

His sister allegedly told police the man was drinking outside by his car.

Officers believe the suspect was so intoxicated he accidentally stumbled into the wrong house.

McCoy said no one was hurt in the incident.