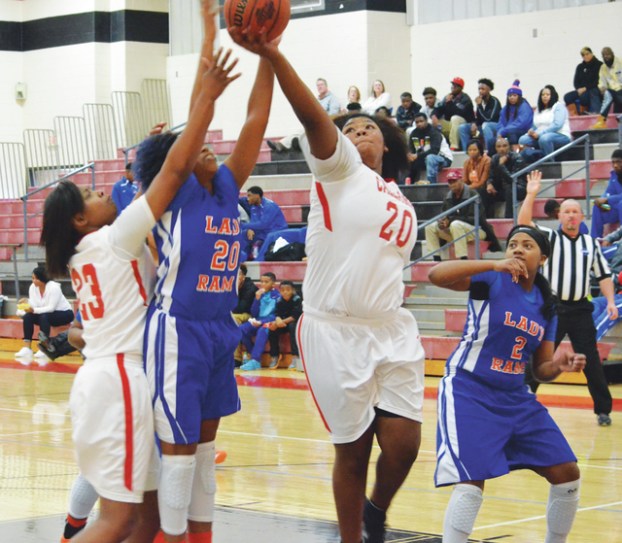 Callaway quarterback Braylon Sanders throws a pass during practice last week. Sanders, a senior, will be in his second season as the Cavaliers’ quarterback. Kevin Eckleberry | Daily News

http://lagrangenews.com/wp-content/uploads/sites/37/2016/05/web1_CHS2-1.jpgCallaway quarterback Braylon Sanders throws a pass during practice last week. Sanders, a senior, will be in his second season as the Cavaliers’ quarterback. Kevin Eckleberry | Daily News

As the Callaway High football coaches led the players through the paces one afternoon last week, it was an unseasonably cool day, with a pleasant breeze making it feel like a fall afternoon.

In reality, though, while it may have felt a bit like football weather, the season opener is still more than four months away, and there’s plenty of work left to do.

“We’ve got a long way to go, but I’m really proud of our kids’ attitude and enthusiasm out here on the field,” Callaway head coach Pete Wiggins said.

The Cavaliers have wrapped up their first full week of spring practice, and they’ve got one more week to go, leading up to the spring game that will be held on the school’s practice field on Friday.

“It’s been going really well,” Wiggins said. “The kids have had a great attitude. We’ve had good tempos at practice.”

The Cavaliers are coming off yet another stellar season under Wiggins, who took over the school’s football program in 2005.

Callaway went 10-2, won a region championship, and made it to the second round of the state playoffs where it lost to eventual Class AAA state champion Westminster.

A lot of the players who helped the Cavaliers achieve that success, including all-state running back Cedric Maynard, have moved on, and finding their replacements is a major focus of the offseason.

“We have a lot of shoes to fill,” Wiggins said. “I’ve been extremely proud of a lot of our young guys, putting a lot of weight on their shoulders to fill some big shoes, guys like Cedric Maynard, who ran for 2,500 yards, or close to it last year, and up front Cortney Laye and Stephen Curtis who were three-year starters (on the offensive line). And on the defensive line we lost three starters, J.T. Wortham, Rashawn Lovelace and Keegan Ramsey, and Javoski Leverette at inside linebacker. It’s just a lot of guys that have been around a long time.”

Several other men who were critical to the Cavaliers’ success last season are also graduating, so the 2016 team will have a new look when it takes the field in August.

There are plenty of talented players returning, though, including quarterback Braylon Sanders, sophomore offensive lineman Keiondre Jones who has already developed into one of the state’s most heavily recruited players, defensive standouts Dylan Johnson, Michael Freeman and Keegan Woods, and offensive linemen Lawrence Thompson and John Curtis.

At the helm is Wiggins, who has enjoyed an enormously successful tenure as the Cavaliers’ head coach.

Wiggins has a 91-39 record in 11 seasons, and his teams have won a total of 10 playoff games, and the Cavaliers have won at least one playoff game for seven of the past eight years.

In 2013, Callaway made it to the final four where it lost to Buford.

Wiggins said the preparation for a new season began in earnest not too long after the 2015 season came to a close, and spring practice is another big step in the process.

“The kids have been working hard since Jan. 6, and to finally get out here on the field has been a lot of fun,” Wiggins said.

When spring practice ends, Callaway will make the transition to its summer schedule which includes daily workouts at the school, camps and seven-on-seven games.

Preseason practice officially begins on July 25, and Callaway will play its season opener on Aug. 19 against LaGrange.

Callaway will play a preseason game against Northside-Columbus on Aug. 12 in Hogansville.

Callaway is dropping down from Class AAA to Class AA, and it will be a member of the six-team Region 5-AA that includes long-time rival Heard County.