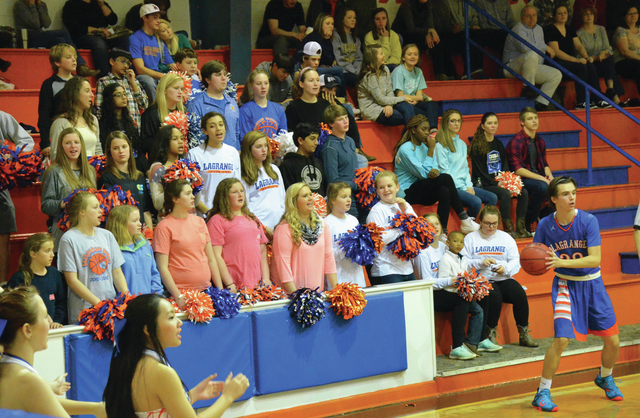 The LaGrange Academy Warriors fell to Grace Christian 13-7 on Saturday in the final game of their GISA playoff series. Kevin Eckleberry | Daily News

LAGRANGE – The season came to a close for the LaGrange Academy baseball team on Saturday.

Facing Grace Christian Academy in Game 2 of a GISA state-playoff series, LaGrange Academy lost 13-7 in a game it had to win to keep its season alive.

While it wasn’t the outcome the Warriors were hoping for, head coach Brandon Lybrand was proud of the way the players came out and competed a day after a discouraging 24-3 loss.

“The biggest thing I got out of it was, after what happened to us Friday, we could have come in on Saturday and just folded,” Lybrand said. “But, even getting down 3-0, these guys, they continued to fight, and continued to battle, and were competitive most of the game. I was just so proud of them for leaving it all out there on the field. That made me so proud for those kids.”

It was close most of the way.

It was a 9-7 game in the sixth inning, but Grace Christian was able to pull away late to get the clinching win and advance to the quarterfinals of the Class AA playoffs.

All three of those men played at least two sports this school year, and Callaghan and Heath played soccer, basketball and baseball.

They helped the soccer team win a state championship last fall, the basketball team reach the second round of the state tournament, and the baseball team finish second in its region to host a playoff series.

“It was emotional,” Lybrand said. “Once the game was over, we had the seniors there, and it was their last game. It was tough.”

Callaghan, a member of the baseball team since his eighth-grade year, made the most of his final game with three hits and multiple RBIs.

Brown pitched the whole game, and Lybrand said “he left it out there on the field.”

It was a successful season for the Warriors, who finished second in their region to earn a home playoff series for the second straight year.

Lybrand said you could “see the improvement of each kid throughout the season.”