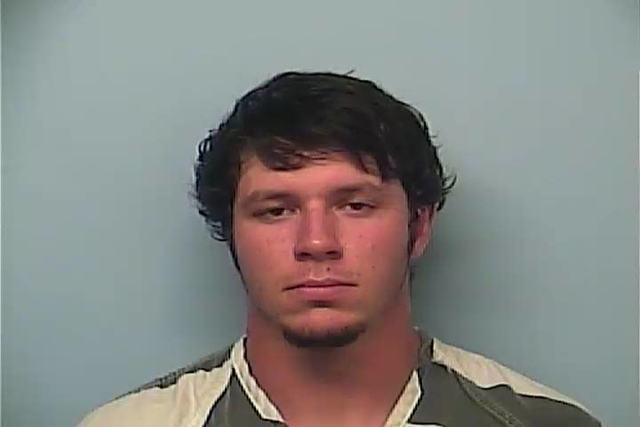 LaGRANGE — Another suspect wanted in connection with an attack on two victims during a party that later led to a gun battle in rural Troup County was taken into custody early Tuesday morning.

Darien Brown, whose age and address were unavailable, was arrested by deputies with the Chambers County (Ala.) Sheriff’s Office and remains in jail, according to Capt. Mike Caldwell, chief investigator with the Troup County Sheriff’s Office.

Caldwell said Brown will be extradited to Troup County and charged with two counts of aggravated assault and possession of a firearm during the commission of a crime.

Three more teenagers were in custody Monday evening for their alleged roles in the same incident that occurred on May 1.

Dylan Hurston, 17, of Lanett, Alabama, was charged with armed robbery and aggravated assault in the case.

Deangelo Farrow, 19, and Cash D. Austin, 19, both of Valley, Alabama, were each charged with one count of robbery by force.

Hunter Mowers, 19, of Troup County, was arrested early last week and charged with aggravated assault and possession of a firearm during the commission of a crime.

All of those charges are felonies in the state of Georgia.

Caldwell said the details of the roles each suspect played in the incident will not be released until the case goes to court.

The two victims went back to the party and instead of calling 911, found their friends who then jumped in a car and took off to find the group responsible for the attack, Caldwell said. They caught up with the crew from Alabama on Adams Road and in retaliation for the robbery, opened fire on the car. The group in the other vehicle shot back.

Caldwell said both cars were heavily damaged in the exchange of gunfire, but no one was hurt.

Troup County sheriff’s investigators are currently working with detectives in Chambers and Lee counties in Alabama.