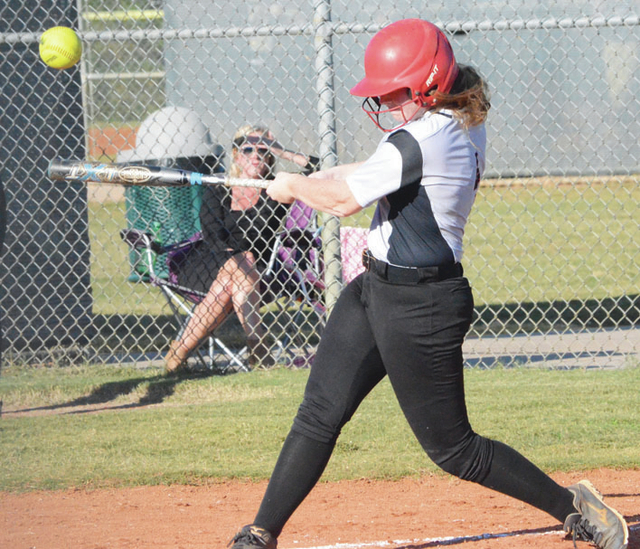 Callaway softball coach Ashley Summerlin talks to the players the close of tryouts on Thursday. Callaway will have another day of tryouts today. Kevin Eckleberry | Daily News

http://lagrangenews.com/wp-content/uploads/sites/37/2016/05/web1_CHS-softball.jpgCallaway softball coach Ashley Summerlin talks to the players the close of tryouts on Thursday. Callaway will have another day of tryouts today. Kevin Eckleberry | Daily News

Callaway’s Oeisha Jenkins, who had an exceptional freshman season, delivers a pitch during a game against LaGrange. Jenkins will be a centerpiece of Callaway’s team this season. Kevin Eckleberry | Daily News

http://lagrangenews.com/wp-content/uploads/sites/37/2016/05/web1_CHS-jenkins2.jpgCallaway’s Oeisha Jenkins, who had an exceptional freshman season, delivers a pitch during a game against LaGrange. Jenkins will be a centerpiece of Callaway’s team this season. Kevin Eckleberry | Daily News

HOGANSVILLE – For high-school sports teams, change is a way of life.

Coaches know they’ll only have players for a short time, four years at the most, before they bid them farewell and have to find their replacements.

When the 2015 season came to a close in the first round of the Class AAA state tournament, it marked the end of the road for some special players who have meant a lot to the program over the years.

The 2015 season was the final one for a group of oustanding seniors, three of whom will be playing college softball, and one of the team’s top players from a year ago is transferring to Heard County.

So as Summerlin looks ahead to a new season, he knows there is work to do, but he’s optimisitic about the team’s outlook.

“I’m excited about the year,” Summerlin said. “I think we’re going to be all right. We might be more athletic than we were last year. We’ve got some girls who can run a little bit, and do some things. We’re definitely going to be a different style team. We won’t be a threat for the deep ball like we were last year.”

While a new softball season won’t begin until August, Summerlin is getting a look at his players during spring tryouts this week.

It’s an opportunity he wouldn’t have had before 2015.

For the past two years, the Georgia High School Association has allowed teams in the state to hold spring tryouts, and Callaway has taken advantage of that.

These first two tryout days are for players who were in the eighth grade through the 11th grade a year ago.

Another tryout will be held next week, and players who will be eighth graders this coming school year will be able to participate.

Summerlin was thrilled with Thursday’s response, with about 30 players coming out to participate.

“I was thinking around 20, but they just kept on coming down here,” he said. “I think we had about seven soccer players that tried out. They’re going to have an opportunity to be pretty good.”

While Summerlin was familiar with the players who were a part of last year’s team, he saw some newcomers who he believes will be able to contribute this fall as well.

“There’s some young kids in there, too,” Summerlin said. “We’ll try to develop those kids. I think we’re going to be fine.”

Summerlin was gratified to see so many players come out on Thursday.

Number one, it gives him plenty of players to field two teams next season, and it also shows how much interest the girls in the school have in the softball program.

“When we had tryouts my first year, we had 16 girls,” Summerlin said. “I had 16 in my entire program. I think last year, we were right around 22. With the numbers we’ve got, I think 30’s a good number for two teams. We’ll just go from there.”

When Callaway convenes for the start of preseason practice in August, some familiar faces will be missing.

There were five seniors on last year’s team, including Jessica Perkins (LaGrange College), Brittany Mitchell (Columbus State) and Molly Hubbard (Point University), who will all be playing college sootball, and Keshonna Terrell was a four-year starter and an all-region player.

The cupboard is far from empty, though.

Among the returning players are rising juniors Kelly Carlisle and Skylar Rice, as well as Oeisha Jenkins, who had a fantastic freshman season.

“We’ve got some holes to fill, but we have people to fill the holes, and people who have played,” Summerlin said.

Summerlin said after the spring tryouts, he’ll know who will be on the team, and then it’ll be a matter of finding where the players fit best on the field.