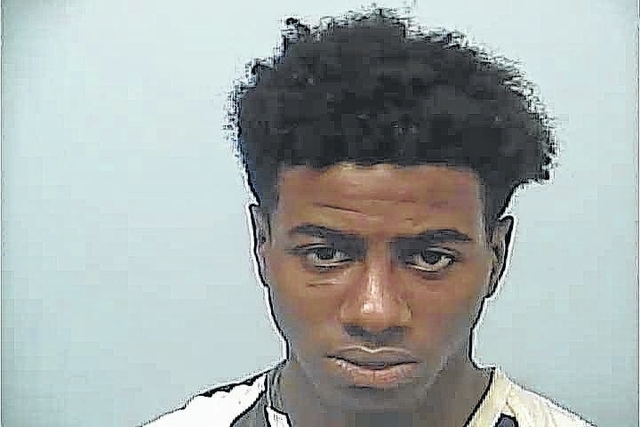 LaGRANGE — A Troup County grand jury voted this month to indict two women and a man from Hogansville for reported child and animal abuse.

The three were arrested Feb. 3 by Hogansville police after investigators served search warrants at their home in the 100 block of Greenough Street.

The indictment stated all three deprived a female toddler of necessary sustenance “to the extent that said child’s health and well-being were jeopardized.”

The document said Jessica and Janise Fisher, plus Hayes caused a male and female toddler “cruel physical and mental pain” by enabling the children to have methamphetamines in their systems.

Hogansville police stated they discovered 28 animals also living inside the residence. Investigators said the home was unsanitary and unsuitable for the toddlers, and for some of the animals.

The document states the adults caused suffering to a chihuahua by allowing it to become pregnant in its advanced age.

Both Jessica and Janise Fisher plus Hayes are due in Troup County Superior Court next week.

In another case, three alleged gang members were indicted this month for allegedly severely beating a fellow inmate inside the Troup County Jail on Jan. 4.

According to the indictment, Weldon also received two more counts of violating the street gang act for being the “organizer” of the Bloods criminal street gang.

The three are accused of causing bodily harm to an inmate by “seriously disfiguring said person’s body by slamming his head and striking him with their feet, causing a laceration and a nasal bone fracture.”

The document states the men were trying to influence the inmate’s testimony in another case involving the victim and Weldon.

Other indictments handed down in May included:

• Michael Frocorta Ford, charged with five counts of violation of the street gang terrorism and prevention act and one count of robbery by force for allegedly taking a cellphone from another teen on Aug. 24.

• Antonio Ty’Keen Harris Jr. and Joe DeQuavious Weldon III, eight counts of violating the street gang terrorism and prevention act, one count of criminal attempt armed robbery and one count of aggravated assault. The indictment states the two brandished a firearm at a victim while demanding money during a robbery on Dec. 17.

• David Lee Justin Noles, 21 counts of exploitation of an elder person. He is accused of using an elderly woman’s credit card without her permission between April 3 and Aug. 7.

• William Casey Dean and Nefertiti Iesha Green, both charged with robbery by intimidation and trafficking methamphetamine.

The indictment also charged Dean with three counts of possession of a firearm by a convicted felon, criminal damage to property in the first degree, two counts possession of firearm during commission of felony, driving while his license was suspended and possession of meth with intent to distribute.

Green was also charged with possession of a firearm during the commission of a felony and giving false information to a law enforcement officer.