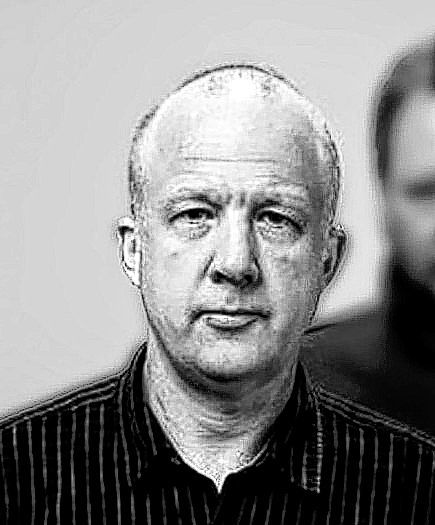 A tree sits in a Georgia field in a shot from ‘General Orders No. 9.’

Earlier this month, I had the opportunity to interview Georgia native Robert Persons, writer and director of the award-winning documentary “General Orders No. 9.”

The film contemplates the signs of loss and change in Georgia as man’s progress conflicts with nature. After seeing his film, I approached him about screening it publicly and using it as a jumping-off point for a community conversation about the sustainable future of LaGrange. He graciously allowed the newspaper, which is partnering with the LaGrange Art Museum, to present the film on Thursday, May 19, at 7 p.m. at the Center for Creative Learning, 114 Lafayette Parkway.

The following is a transcript of my interview with Persons.

LaGrange Daily News: Can you tell me a little about yourself, your background and where you’re from?

Robert Persons: I grew up in Forsyth, and that’s right off of I-75 on the way to Macon. I was there until I went away to school. I kind of went to school all over and lived in other places. I was always interested in the arts. When I was young, I painted and did a lot of art lessons and paintings and such. As I got older, I started doing poetry, and kind of stuck with that for a long time, through college.

LDN: What did you study in college?

RP: I first focused on comparative religions, as they called it. But then I ended up majoring in English.

LDN: Where did you end up graduating from?

RP: I ended up graduating from Valdosta (State University).

LDN: What inspired you to make this film, and why did you set about constructing it in the fashion that you chose? Why not just make a traditional documentary?

RP: Well, I think it kind of came out of a feeling, an emotional sort of feeling that I had as I got older, about having a nostalgic feeling of love for your home place, and that sort of “other Georgia.” Then, getting older and seeing what’s going on in Atlanta. I’ve lived in Atlanta for many years and was struck by the contrast between Atlanta and “the other Georgia,” culturally and, you know, architecturally, or however you want to look at it. It was just something that kind of came naturally to me. it was sort of a feeling of loss or longing about where I came from and how I was raised.

LDN: Can you tell me a little about how you were raised?

LDN: And you spent 11 years making the film, if I’m correct? Did you ever lose sight of your vision, or when did you know you had a vision?

RP: I think a more accurate report would be that I spent about five years trying to figure out what the film would be, wanting to say something and wanting to do something and having a lot of ideas and images in my mind. The next five years were actually production. We were out getting the images, editing, shooting things, doing the music, writing the voice-over and all of that stuff.

RP: Gosh, there were a lot of cinematic inspirations — films I’d seen. At some point in my life, I got really into film and watched a lot of movies. That was a big part of it, but I was also a big reader. For example, there’s this one documentary called “The Plow that Broke the Plains.” That’s possibly and old WPA-type documentary. Just the tone of how it was handled with the narration, and how it was handled struck me. I kind of held on to that. I think maybe to answer your question better, I was trying to make a film that wasn’t a documentary in the sense that it fed you a lot of information, or tried to teach you something about history from any sort of authoritarian point of view. There’s no talking heads, no interviews with college professors. It’s more of a liturgy. The film hoped to be kind of a liturgical process, or a prayer that led you through a contemplative state that led you to some sort of reconciliation about how to think about the problem.

LDN: What do you think the problem is?

RP: I think it’s something about the loss of sort of a grounding culture that sustains us in our humanity. The problem being development, and population growth, and sprawl and such. That’s sort of a defactorization of the landscape, sort of a soul sucking … you spend a couple hours in Atlanta driving around, doing your shopping, and you feel like you’re … it has an effect on you.

LDN: You said that some people, even Georgians, seem not to connect with this film. Why?

RP: Well, it’s not a conventional documentary. It’s more experimental, impressionistic. It’s idiosyncratic in its imagery. It’s personal. It has kind of a musical composition to it, more than a rational composition. Some people don’t have any experience watching films like that so they haven’t acquired a taste for that. They don’t know how to read that type of film. That was to be expected. If I was really gung-ho to make this “save the other Georgia” nostalgic piece, I would have made a different type of film and tried to get it on PBS, but this was more … I wanted the film to not only portray something mysterious and beautiful, but to be something itself mysterious. I think that was a characteristic I was trying to portray.

LDN: What are the hallmarks of that place? Of vanishing Southern culture?

RP: It’s just a quality of landscape that for the most part is sort of mournful. Landscapes speak to us in certain ways and can film as a character in the film, in a sort of way. It’s a luminous and mysterious place that has a haunted quality to it. It’s kind of heavy.

LDN: What were your intentions, other than making a piece of art? Who were you hoping your audience would be?

RP: I kind of made it for myself. It was stuff I carried around with me for a long time. I wanted to see it in a filmic setting, in a filmic context in a theater, maybe to answer some questions for myself. You can see there’s things that come out of the film that aren’t necessarily flattering. There’s sort of an antagonism toward the city, or a fear of the city. I came by that honestly. I just wanted to make something beautiful that people would enjoy and would give them an experience that would make them think and give them an aesthetic experience that would give them pleasure.

LDN: What do you think Georgians, both as residents, and officials, what should we be doing to protect that vanishing heritage? What can we do better, in your opinion?

RP: I really don’t know. I really don’t know. I’m pretty fatalistic about how that’s going to turn out. Georgia has never had, in my opinion … travel to the Research Triangle area of North Carolina. There are no billboards on the interstate. The McDonald’s, the sign for it is about 20 feet high instead of 45 feet high. There’s some kind of sensibility that’s available, but we don’t have. We don’t have it in Georgia. It’s all sort of a free-for-all. I’m not a city planner or an architect, or a preservationist, but it’s funny. If you were to talk to people in Atlanta, the people in Atlanta are more likely to have a preservationist sensibility than people in the country. I’m just … maybe because they have a higher level of education, which I hate saying that, but if you look at politics, look at the politics of “the other Georgia” versus the politics of the urban areas. Georgia has just been kind of … since reconstruction sort of prone to get up the ladder. And frankly, I’d rather see a lot of jobs throughout southern Georgia and better education than I’d like to see state parks and beautiful vistas.

LDN: That seems to be at odds with the whole vision of your film. Do you think … how do you marry that?

RP: It’s people versus ideas. People who live in poverty, they’re suffering there and cause problems for society. Education and jobs is how you help people have a better life. There’s a price to be paid for that. Maybe smart people, who are on your panel, will be willing to have the kind of political arguments that you have to have to strike a balance. I think a big part of the film that I made is to also serve as a sort of requiem, as if it’s dead already, and how to cope with that.

LDN: The title of your film, is that taken from (Confederate) General (Robert E.) Lee’s surrender address at Appomattox (which ended the Civil War)?

LDN: Is there anything else you’d like to say, or add?

RP: I did the best I could. I could talk about it all day, but I came up with what I could come up with.

LDN: I appreciate you speaking with me.

Woman hit by cruiser during wreck