Busy summer ahead for LaGrange 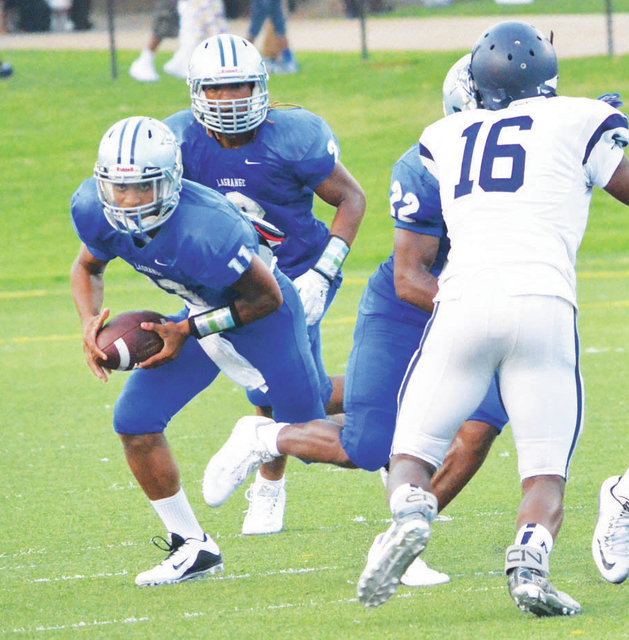 Senior running back Amad Ogletree and the LaGrange Grangers will begin their summer program on June 1, in preparation for a season that begins on Aug. 19 against Callaway. Kevin Eckleberry | Daily News

http://lagrangenews.com/wp-content/uploads/sites/37/2016/05/web1_LHS-ogletree2.jpgSenior running back Amad Ogletree and the LaGrange Grangers will begin their summer program on June 1, in preparation for a season that begins on Aug. 19 against Callaway. Kevin Eckleberry | Daily News

LAGRANGE – Just because the LaGrange Grangers didn’t have a spring practice this year, it didn’t mean the players have been taking it easy.

LaGrange head coach Dialleo Burks said many of the players have been heading down to the practice field at Granger Park and, without supervision, working hard in preparation for a season that’ll begin on Aug. 19 against Callaway.

Burks said it’s a way to have the players take ownership in the program.

“What we do is we give them practice scripts, and they go down and do it themselves,” said Burks, who is heading into his third season as LaGrange’s head coach. “That’s one thing I want to see. We’ve been with you for two years. We’ve talked and talked, and now it’s your turn. It’s your turn to go and take over this team, and they’ve done a real good job of it.”

When a new month rolls around, LaGrange will begin its summer program, and Burks said “we want them to develop that fire, so when we start June 1, it’s full speed, it’s every day.”

The Grangers will have a busy summer.

In addition to the daily workout sessions at the school, LaGrange’s players will be attending a number of camps.

LaGrange will be hosting a handful of camps of its own, including one late in June where the players will be wearing full pads.

Burks said the summer camps serve as a great recruiting tool for the players.

“The system is set up so colleges are offering guys at these one-day camps and deals like that,” Burks said. “That’s the lay of the land right now. Guys have to be ready.”

Preseason practice officially begins on July 25, and teams across the state can hold their first full-contract practices on Aug. 1.

Because LaGrange didn’t have a spring practice, it will be eligible to play two preseason games.

LaGrange will host Heard County on Aug. 5 before visiting Newnan on Aug. 11, and it will open the regular season a week later against Callaway.

Burks said next year, LaGrange will have a spring practice.

Beginning in 2017, teams will have the option of playing another team for its spring game, and Burks said LaGrange will take advantage of that.

“We’ll get to play another school, so that’ll be a totally different deal,” Burks said.