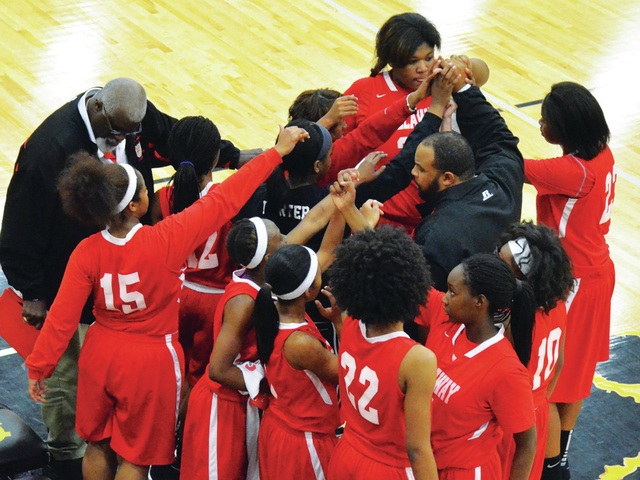 Troup’s King Mwikuta (24), who will be a sophomore defensive lineman this season, has received a handful of college offers, and last weekend he took a visit to the University of Georgia. Kevin Eckleberry | Daily News

http://lagrangenews.com/wp-content/uploads/sites/37/2016/05/web1_troup-king2.jpgTroup’s King Mwikuta (24), who will be a sophomore defensive lineman this season, has received a handful of college offers, and last weekend he took a visit to the University of Georgia. Kevin Eckleberry | Daily News

LaPerion Perry, who’ll be a senior quarterback for the LaGrange Grangers, is being heavily recruited. Kevin Eckleberry | Daily News

http://lagrangenews.com/wp-content/uploads/sites/37/2016/05/web1_LHS-perry.jpgLaPerion Perry, who’ll be a senior quarterback for the LaGrange Grangers, is being heavily recruited. Kevin Eckleberry | Daily News

Keiondre Jones, a sophomore offensive lineman for the Callaway Cavaliers, has received offers from a handful of big-time programs. Kevin Eckleberry | Daily News

http://lagrangenews.com/wp-content/uploads/sites/37/2016/05/web1_CHS1-3.jpgKeiondre Jones, a sophomore offensive lineman for the Callaway Cavaliers, has received offers from a handful of big-time programs. Kevin Eckleberry | Daily News

LAGRANGE – A year ago, as Tanner Glisson was getting his feet wet as Troup High’s new head football coach, he was evaluating his roster, getting a sense of what he could expect from the men who he’d lead onto the field that fall.

One of the players on the team was an upcoming freshman named King Mwikuta, who was a fairly unimposing physical presence at the time.

How things have changed in a year.

As the Tigers prepare for the 2016 season, one of the players Glisson will be heavily counting on is Mwikuta, who was a starting defensive end during the team’s spring game a few weeks ago.

The soon-to-be sophomore, despite having three years of high school remaining, has already garnered three scholarship offers, and he received some personal attention from Georgia head coach Kirby Smart during a visit to Athens last weekend.

Mwikuta is one of a handful of local players getting ample attention from college teams.

At Callaway, another rising sophomore, offensive lineman Keiondre Jones, has offers lined up from some of the south’s most prestigous programs, including defending national champion Alabama.

Callaway has a number of other players who are popular in the recruiting circles, including rising senior Braylon Sanders, and LaGrange’s LaPerion Perry has been grabbing his share of offers after his breakthrough junior season.

This is a busy time on the recruiting trail.

College coaches are on the road visiting different schools, bringing players in for visits, or just making phone calls.

Glisson said he and Mwikuta were on a visit to Appalachian State when “Georgia called and said how quickly can you come up here.”

They scheduled a visit for the following weekend, and Glisson said it was a great experience for Mwikuta.

“They only had four guys that they invited to come in for unofficial visits,” Glisson said. “They wined him and dined him, and he and I sat in coach Kirby Smart’s office for about 45 minutes and let Kirby talk. He did not come away with an offer, but when we left, the coaches called and said it won’t be long, so we’re pretty thrilled about that.”

Glisson said Mwikuta had received an offer from Appalachian State before the trip to Georgia, and this week offers have come in from South Alabama and Louisville as well.

Glisson said having Mwikuta in the spotlight is great for everyone on the team, since it gives the other players a chance to make an impression when scouts and coaches are visiting.

“It brings attention to other players in the program, and that’s what’s exciting,” Glisson said. “When you get the big dogs coming around, everybody gets a look. That’s all you can ask for really.”

For Jones, this is nothing new.

He was receiving scholarship offers before he’d even played a high-school game, and the attention has only intensified.

During Callaway’s spring practice, there were coaches there every day on the sideline getting a look at the imposing Jones, who at 6-foot-3 and around 260 pounds stands out in a crowd.

Jones has offers from Georgia, Alabama and Auburn among others, and that list will only expand as he continues with his high-school career.

“Every day at spring practice, we had about six or seven coaches at the Division I level,” said Callaway assistant coach Matt Neighbors, who is the team’s recruiting coordinator.

Neighbors said all of the attention doesn’t affect Jones.

“KJ, he hasn’t turned 15 yet, and he’s got Alabama, and Georgia, and all these people coming to practice filming him,” Neighbors said. “He doesn’t act like it phases him at all. He’s super humble.”

A lot of the attention at Callaway practices is because of Jones, but coaches are also extremely interested in Sanders, who like Jones has been dealing with the recruiting hype for a while.

Sanders didn’t play football as a freshman, but he had a breakout sophomore season as a wide receiver when Callaway reached the final four, and the offers began to pour in, including one from Georgia.

Sanders moved to quarterback for his junior season and excelled there, but if he ends up playing football in college, it will likely be as a wide receiver.

During the spring game on Friday, Sanders had a long touchdown reception, and he also made a leaping catch between a pair of defenders just a few yards away from where a handful of college coaches were standing.

Sanders is also an elite basketball player, and he is being recruited in that sport as well.

Neighbors said senior linebacker Michael Freeman has “about nine Division I offers,” with the latest coming from East Carolina this week.

Neighbors said junior Lichon Terrell, a defensive lineman and tight end, is also getting interest from colleges, and he got an offer from Tulane last week.

“We’ve got four or five others that are close (to getting offers),” Neighbors said. “They’re right around the corner from getting them.”

With so many prospects on the team, Neighbors has been predictably busy as the man running point when it comes to recruiting.

“Coach (Pete) Wiggins gave me a shot to handle it over here, and it’s been nuts,” Neighbors said. “Ever since I got over there, my phone hasn’t stopped ringing. It is constant. I’ll have coaches calling me at 7 in the morning.”

At LaGrange, a lot of the recruiting attention of late has centered on Perry.

Perry became the Grangers’ full-time quarterback last season, and with his astonishing play-making ability, he opened a lot of eyes among college recruiters.

Perry has also been a wide receiver, a defensive back, a running back, and a kick returner, and that versatility is attractive to college coaches.

LaGrange head coach Dialleo Burks said when it comes to the recruiting attention, Perry “handles it very well” and that he’s so laid-back about everything that “I want to see if he’s real. But that’s his demeanor, his mentality.”

Burks said that Perry is appreciative of every offer he has received.

“He’s taken all of them the same,” Burks said. “From Auburn, to Mercer, to West Georgia. I’m so proud of him for that. Because you never know where your opportunity is going to come from.”

Burks has encouraged the other players on the team to use the attention given to Perry to help themselves.

“He’s bringing a lot of attention,” Burks said. “And hey, you’ve got to ride his coat tails.”