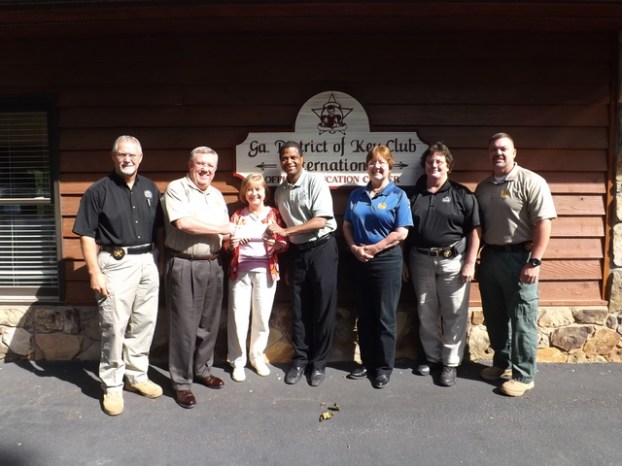 LaGRANGE — The Troup County Sheriff’s Office on Monday presented to the Georgia Sheriffs’ Youth Home Pineland a $13,000 check from the proceeds generated by the sheriff’s seventh annual car show on May 7.

This year’s car show once again topped the amount of money raised from the previous year and also had a record turnout of more than 200 entries.

“Pineland is such a unique facility, and the staff do a tremendous job working with the young men who call Pineland home,” said Sheriff James Woodruff. “And it is because of the support this community and those from elsewhere have given us over the years that they are able to provide those services. I also want to thank the men and women of the Troup County Sheriff’s Office for donating their time and skills to make this event a great success.”