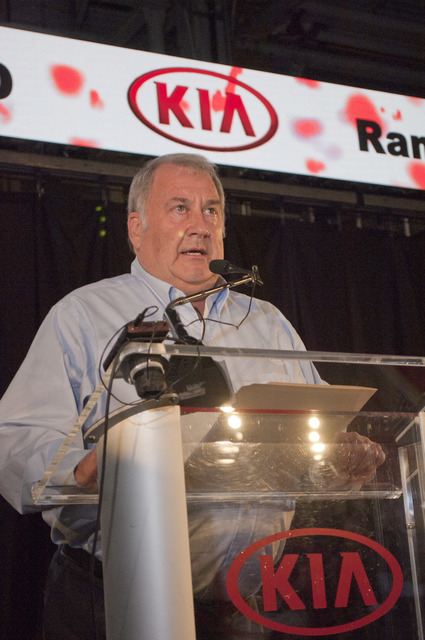 WEST POINT — The head of Kia Motors Manufacturing Georgia died unexpectedly Friday while traveling in Seattle, Washington, according to the company.

“Randy will be missed by team members, and our thoughts and best wishes go out to his family and loved ones,” the company, which is Troup County’s largest employer, said in a statement.

Former West Point Mayor Drew Ferguson, who worked alongside Jackson when the plant opened, said Friday that Jackson’s death was “a tragic loss for us all,” and offered his condolences to Jackson’s family and co-workers.

“I offer my true, heartfelt condolences to Randy’s family,” he said. “I ask everybody to keep the Jackson family in their thoughts and prayers. We also recognize this will have an impact on the people he’s worked with at Kia, and the community. This is a tremendous loss to the organization, but also our community.”

Ferguson went on to note the impact Jackson had on the communities surrounding KMMG, and Jackson’s leadership in partnering with organizations like the new THINC College and Career Academy, to which KMMG has donated hundreds of thousands of dollars.

Jackson joined KMMG in 2007 as the first American hired at the plant. During his tenure, KMMG hired more than 3,000 employees and launched three shifts. Jackson also led the effort to cultivate the “Kia Way” philosophy, which emphasizes a one-system, one-team approach based on trust, mutual respect and effective two-way communication, according to a press release from KMMG.

Funeral arrangements have not been announced.