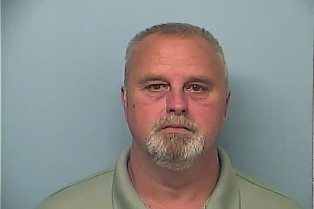 LaGRANGE — A man accused of stealing close to $80,000 from a local church pleaded guilty Wednesday morning in a Troup County Superior Court.

John Dewayne Murphy, 51, of LaGrange was arrested in November and charged with felony theft by taking after officials discovered he embezzled money while he was treasurer of Friendship Baptist Church at 106 North Barnard Avenue over a period of 13 years.

Troup County Assistant District Attorney Jim Powers said when the current treasurer took over the position and went back through church finance records, they realized some files were missing.

Investigators with the Troup County Sheriff’s Office questioned Murphy and learned the man opened a checking account and had a debit card in the church’s name.

Murphy eventually admitted to investigators he used the money to — among other things — pay the mortgage on his home, buy items for a loved one’s business and help out one of his children, stated Powers.

In exchange for Murphy’s guilty plea, the state recommended a sentence of 10 years to serve 36 months in the Troup County Correctional Institute and pay full restitution to the church.

Members of Friendship Baptist Church packed into two rows inside the courtroom during Murphy’s hearing and sentencing. One woman spoke on behalf of the congregation and immediately broke into tears.

“We do forgive Johnny and we do love him,” she said. “But we have children and grandchildren too … you need to be held accountable for your actions … all actions have consequences.”

Murphy’s defense attorney, Brian Lockerbie, told the court his client had already paid the restitution in full and asked that he be given first-offender status.

Aaron McCullough, associational missionary for the Troup Baptist Association, and a friend of Murphy’s, spoke on his behalf and hoped presiding Judge Dennis Blackmon would be lenient.

“By his own admission, he is guilty,” stated McCullough. “… Unfortunately, we have had similar cases like this in our churches before. Once restitution was made, the church did not pursue prosecution, but instead restoration. So now we have two people who are back in the church and are productive citizens of the congregation.”

“I am ashamed of what I did,” he said, pausing to choke back tears. “I don’t have anger at anyone there (at the church). I did it to myself. … I apologize to my church, my family, Troup County … I just ask the church to forgive me and I ask the court to have mercy on me. Forgive me, please.”

Murphy also told the judge he was claustrophobic.

Blackmon decided to keep the state’s recommendation and sentenced Murphy to 10 years to serve 36 months behind bars with the rest to be probated. He did grant first-offender status and said he would strongly recommend the man for the work-release program.

Murphy was immediately taken into custody by Troup County Sheriff’s deputies to begin serving his sentence.

Editor’s note: Story amended to correct address of the church.